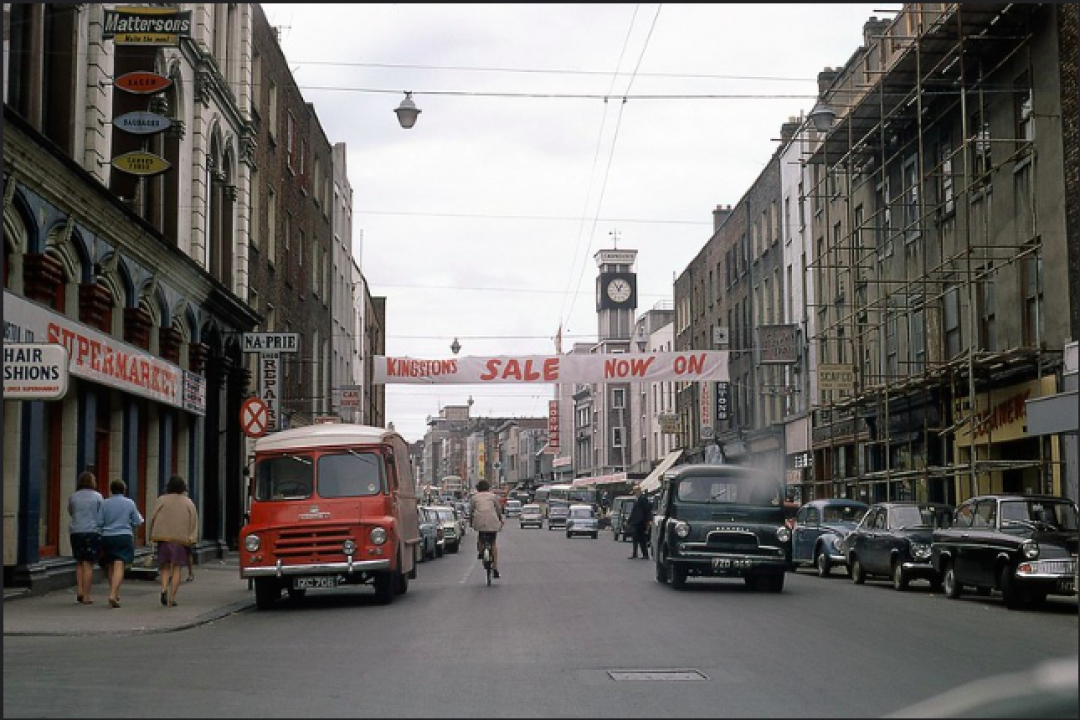 In April 1961, twenty-one-year-old John F. Ormston opened his self-service supermarket at number 10 Patrick Street, the first store of its kind in the city. He was the only son of Tess and Frederick Ormston.

The opening of Ormston’s Supermarket heralded a new shopping experience in Limerick, where customers usually waited to be served by the staff. In this new supermarket, the customers collected their items with a basket. Unlike many of the larger stores in the city at the time, there was no credit available, and no delivery option. On launching, there were over 700 products on display with the price of each clearly visible. Jack Ormston designed the shelving units in the store, which were fitted by Barry O’Sullivan, Gerard Street. He used the most up-to-date register with a moving belt to make checkout quicker. Ormston acquired McCarthy’s in number 9, and Na-Prie’s in number 11 in 1974.[1]

On the first floor, there was a drapery to the right and Ormston’s Hairdressing Salon to the left. These were accessed through the supermarket and up the central staircase. Marie Garvey and Sheila Hough worked there until 1967. Other hairstylists included Mary Cronin, Josephine Moloney, Joan Donovan, Deirdre O’Donnell and Laura Daly. They were very busy, especially on a Friday and Saturday. In the 1970s, the drapery was owned by Nangle & Co. Ltd, who offered a wide range of products for the entire house.[2]

A former employee of the supermarket, Antoinette Keely, began working in Ormston’s at fourteen years old, but would attend the one-day school until she was sixteen. She described the layout from her time in the supermarket: on entering the front door to the left, there was a big sweet counter, the fruit stand was in the centre of the store, on the right was the butcher counter, and at the end was the cold meats counter.

Nora Grimes worked in the supermarket for sixteen years from the time it opened. She remembered the store when it opened first and was only a fraction of the size it became. There was a large fridge on entering the store. A cigarette kiosk was at the end. The basement was used as storage, and goods were delivered from the street down a slide. Bottles were stored under the street on Ellen Street, and, if there was a high tide, the water from the river could reach the basement store and everything would have to go up on shelves. The first Christmas after they opened, there was only one cash register. The shop was closed for a half day on a Thursday and closed on a Sunday.

Pauline O’Brien, née Hanrahan, began working in the supermarket when she was seventeen years old. She worked on the register, where every price was individually imputed. When she joined, the sweet counter – where cigarettes were sold – had moved to the left of the main door.

Paul McGovern was the manager of the store in 1974. He previously worked in the cold meat counter with Maureen Spellissy. Helen O’Flynn worked the sweet counter, Jim Geoghan and John O’Brien were butchers, and other staff included Imelda Cunneen, Ruth Mackey, Ann Shanahan, Eleanor Barry, Catherine Sexton, and Mary Foley.[3]

Ormston closed his doors in January 1982, after his prices were undercut by supermarket chains arriving in the city.[4] He held onto the building for a number of years, leasing it out to various businesses and groups, including the All+ 10 Sorts artists’ group. 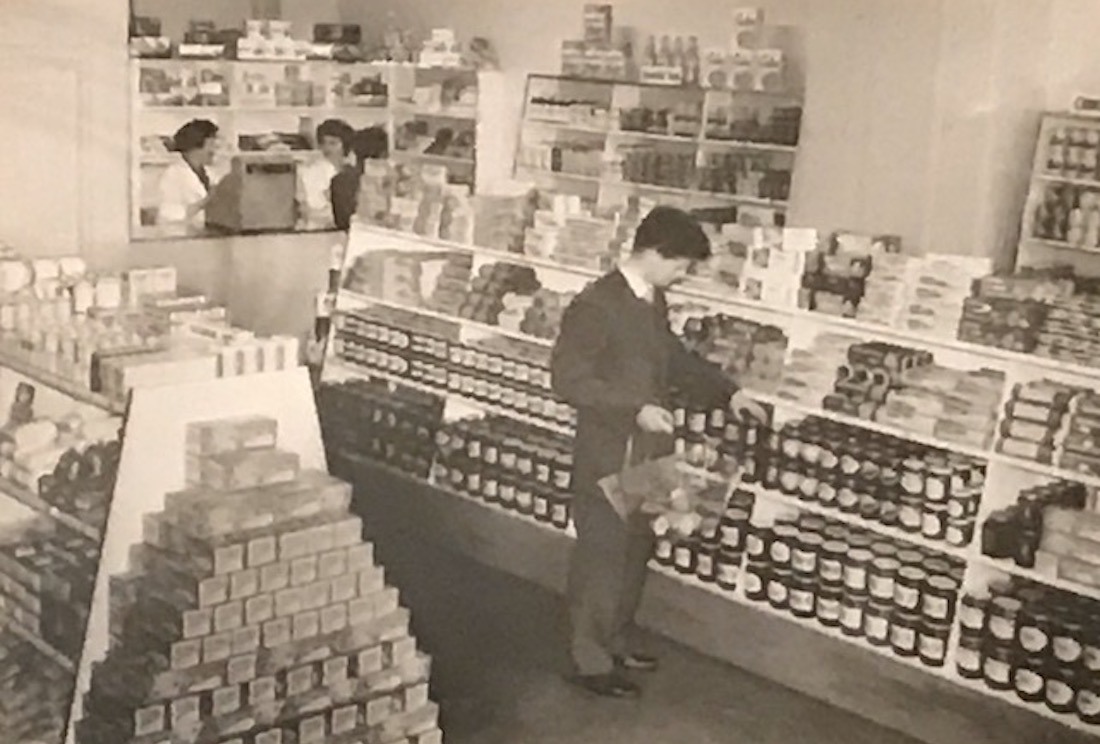 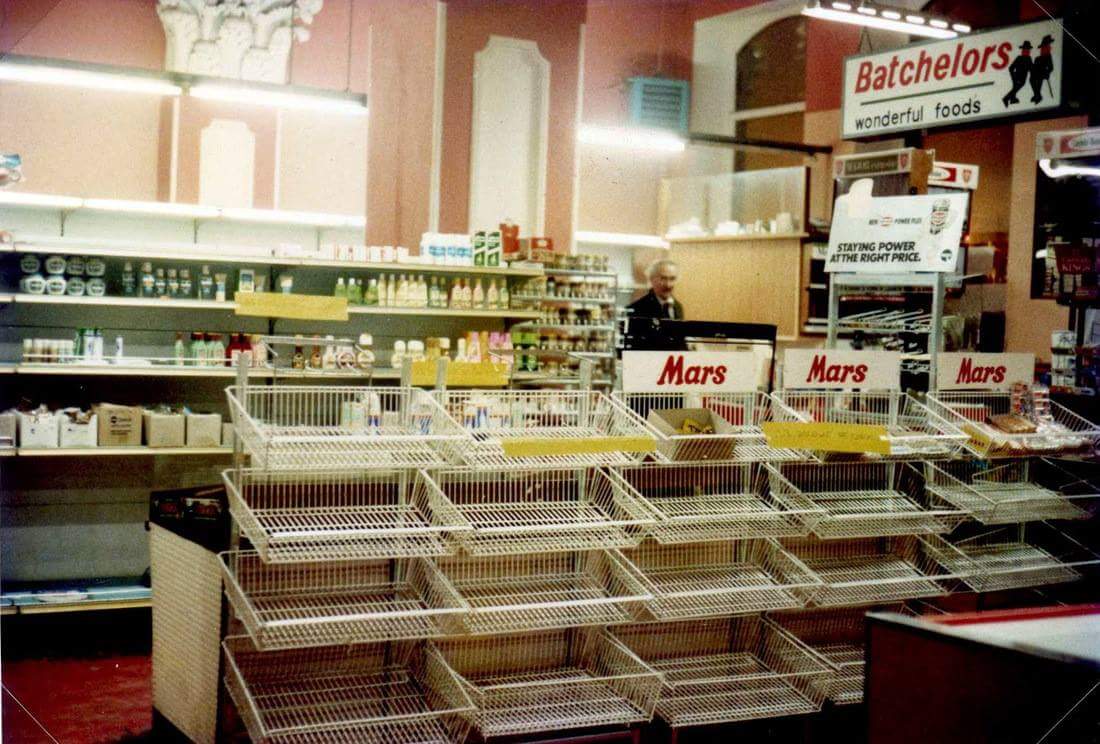 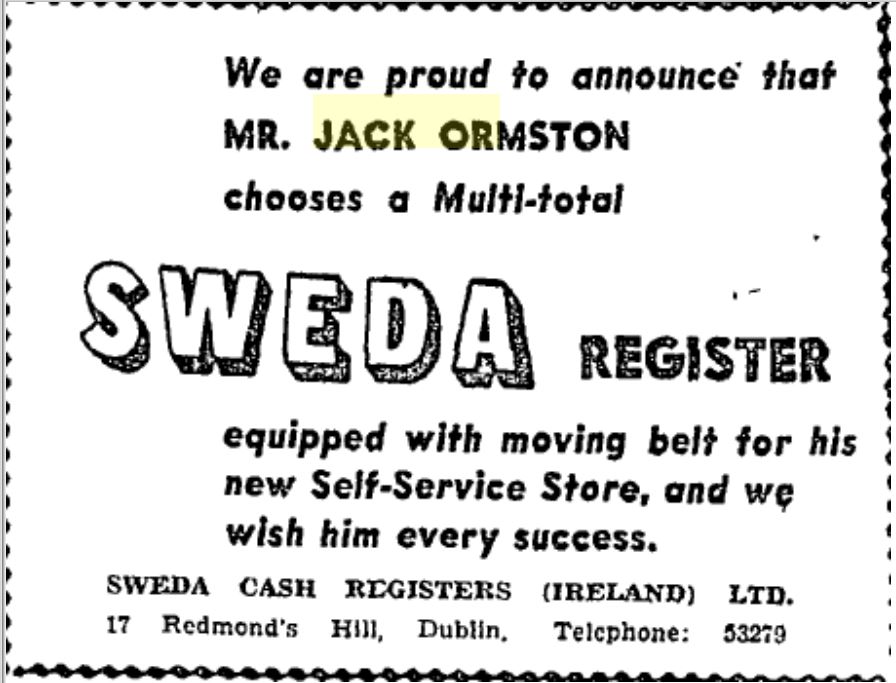 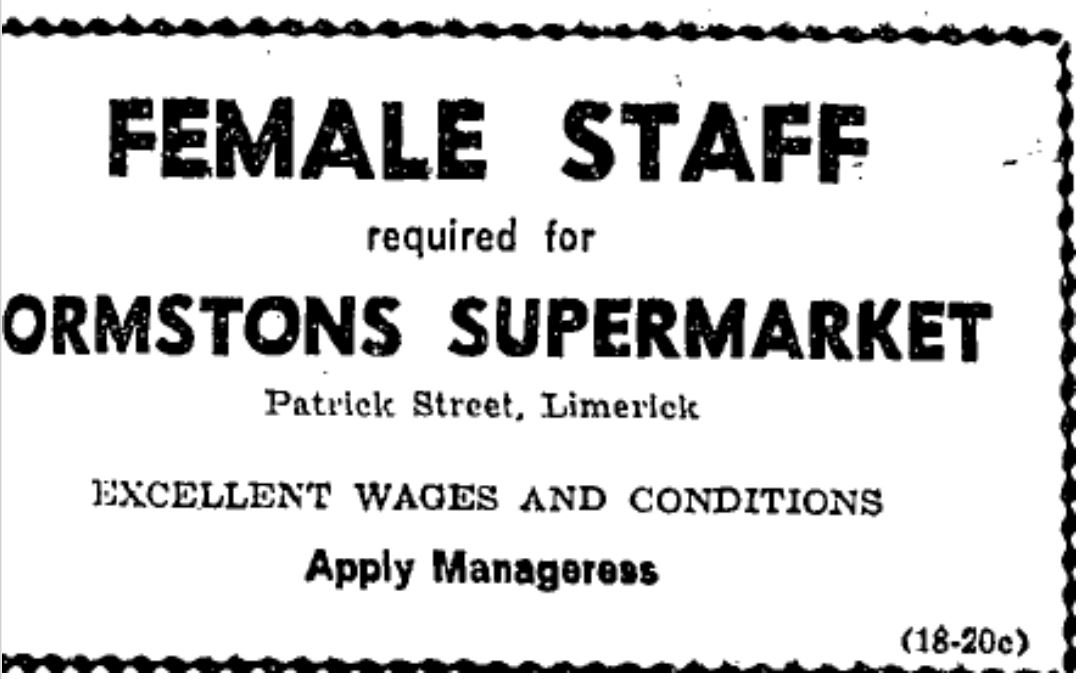 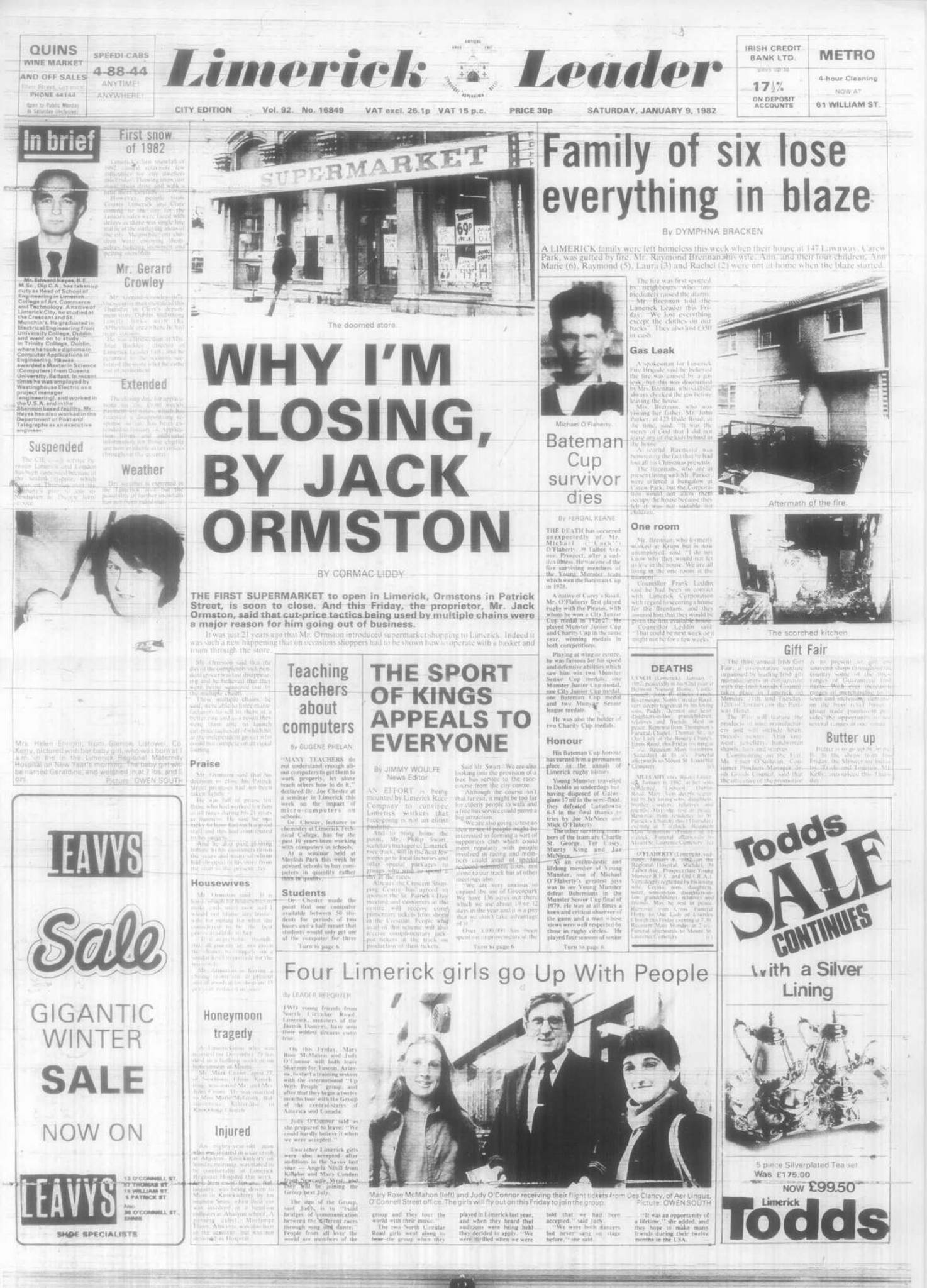