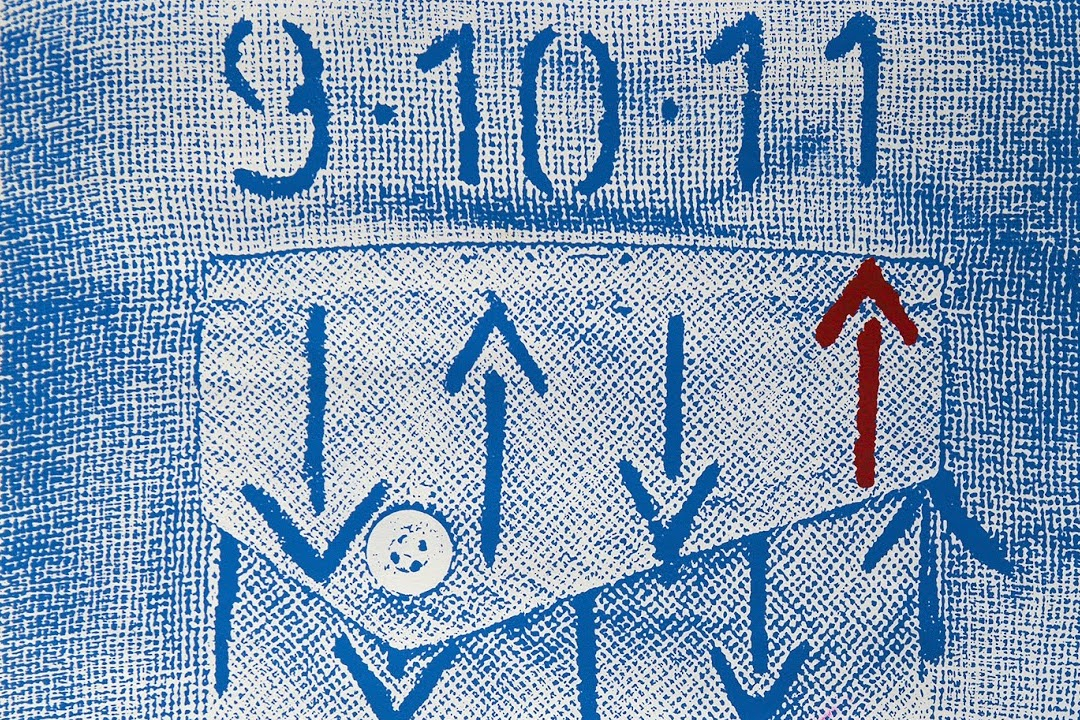 In 1982, Jack Ormston closed the doors of his supermarket. Three years later, the ground floor of the building was occupied by Torro supermarket. Torro was started in Cork and opened in Limerick in 1984 with Phillip Donougher as manager of the Patrick Street branch. In 1985, Ormston was approached by the artists’ group, All+ 10 Sorts. The group rented the upper floor of the building, accessed through Ellen Street. The group disbanded in 1990.[1]

In 1988, Jack Ormston liquidated his supermarket, and the building went through several hand-overs during the following two decades. In 1989, the occupants of the building were Ideas homewares in number 9, and InStore furniture store in number 10. A year later, Kwok-Kuegh Lee applied for a change of use of the first floor of all three numbers from commercial to restaurant. In 1989, number 11 operated as a dry cleaner, but they had relocated by January 1990.[2]

By 1992, the entire building was up for lease once again, and The Gap fashion company took over the ground floor a year later. While the first floor had permission granted for use as a restaurant, it remained unoccupied. InStore returned to Patrick Street by 1995 occupying number 11. They remained there for five years until their purpose-built store was erected on Ellen Street. In 1997, Makullas were looking for staff to work in their clothing store at numbers 9 and 10. They were there for at least a year, advertising ‘many of the main jean wear labels, but also stocks combats and work wear tops from Simon and Urban’. The upper floors of all three buildings were converted into sixteen apartments in the late 1990s. These are accessed through 20 Ellen Street.[3]

In 2001, Uniques clothing store opened in number 11. It was started by Limerick fashion designer, Phil Mulqueen. It closed less than three years later when the ground floor and basements of all three units were once again up for lease. In 2004, another clothing store, Vudu Soul, opened in number 11. This was a first time venture for Limerick man, Robert Parkes. The clothing was for those aged eighteen and upwards. The smaller number 11 was rented by a number of businesses such as River Deep Mountain High which was in the building until 2018.[4]

There were several other small and medium-sized business in the building which have been noted in oral tradition but were not advertised in the local newspapers. These included Forbidden Planet, a comic book store located in the basement of number 9 for a period in the mid-1990s.[5]

Finally, in 2011, the ground floor of numbers 9 and 10 were occupied by art students who opened a gallery named Ormston House after the former supermarket. 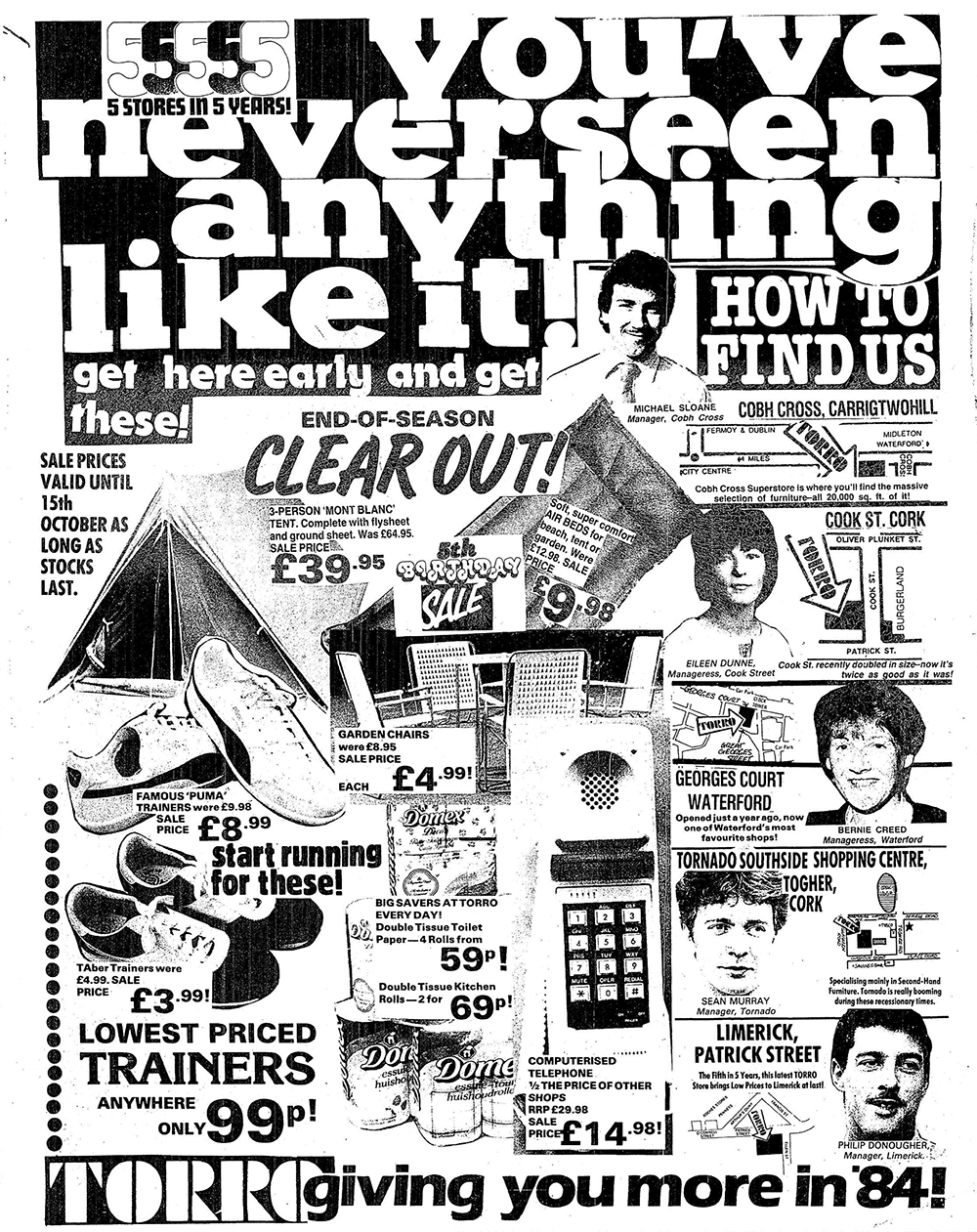 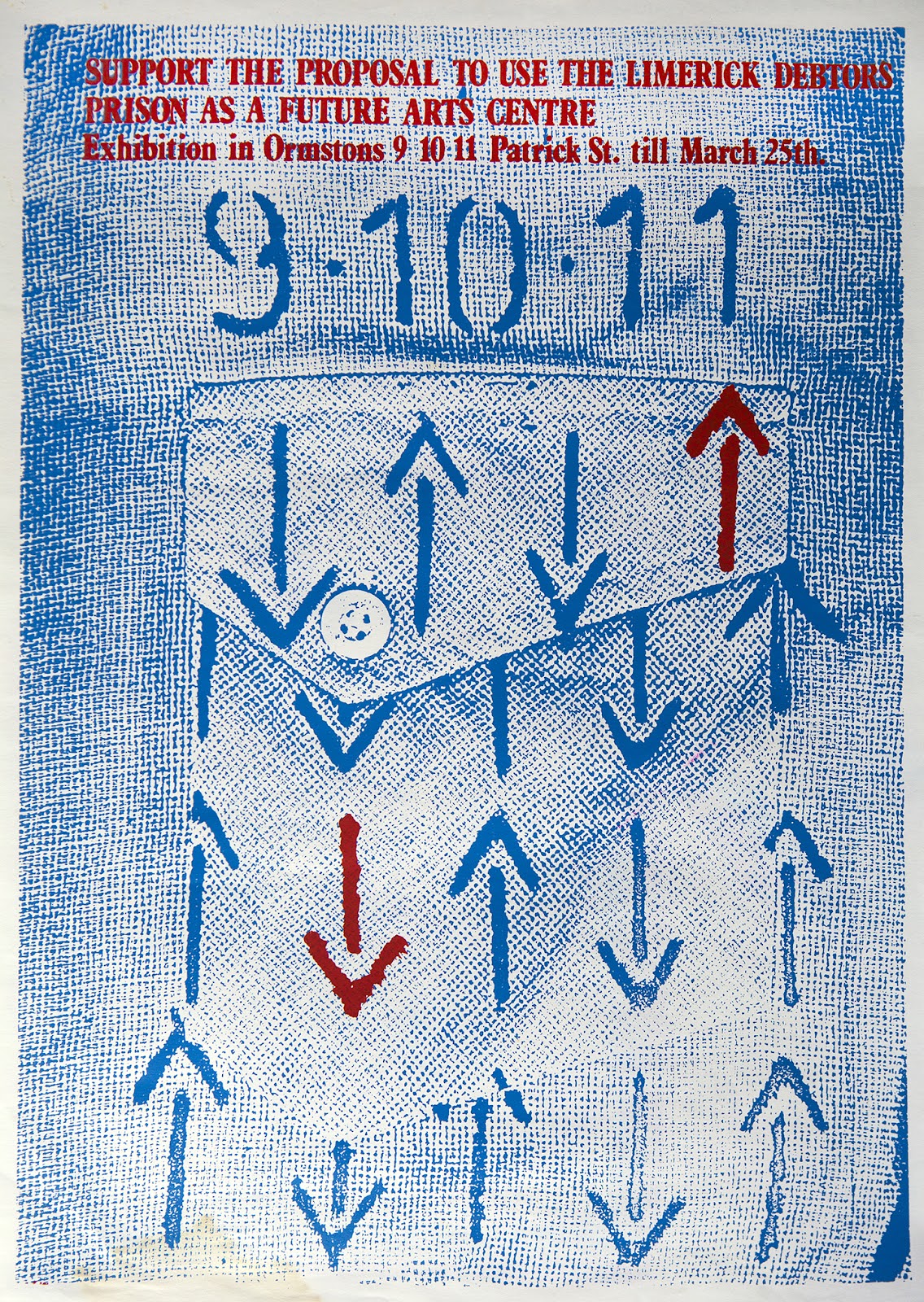 Poster for exhibition at All+ 10 Sorts gallery, March 1985

Image: detail from 1985 poster by Donald McDonald, courtesy of Michelle Donnellen (All+ 10 Sorts).