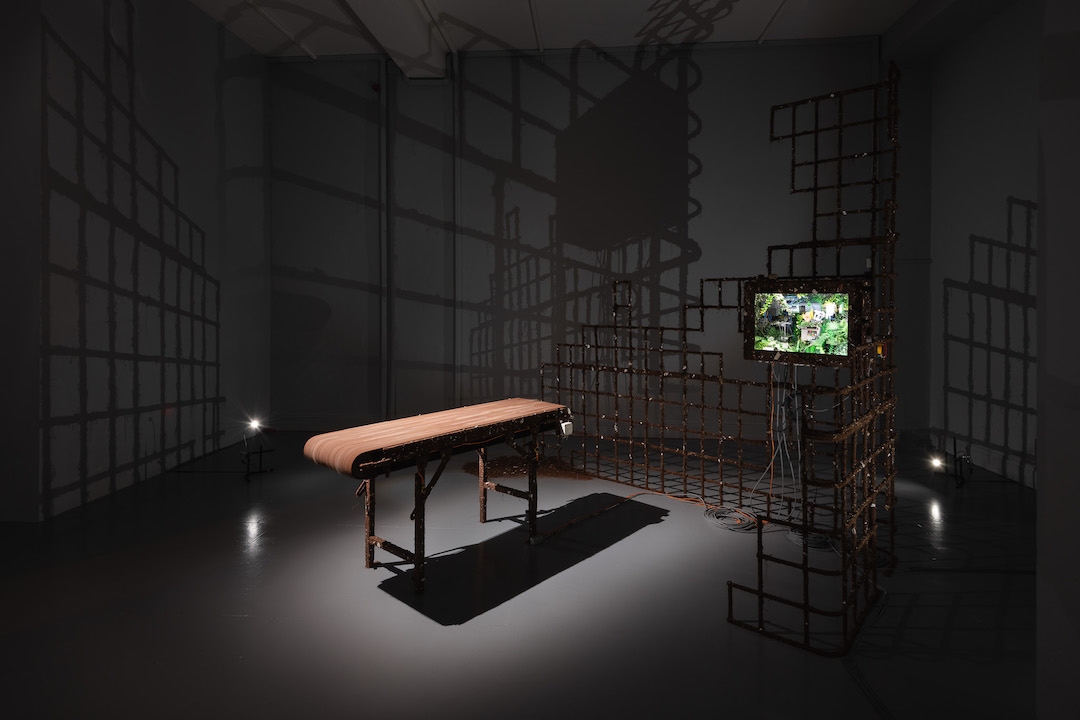 AGORA stems from a desire to understand the invisible structures and bureaucratic control of public space and how these have generated new forms of meeting and exchange. Ormston House is proud to present AGORA an exhibition of new works by Jens Ardal and Morten Kromann supported by the Danish Arts Foundation and Creative Ireland. The artists have worked collaboratively since 2012 and founded their studio complex Kulturdivisionen at a former slaughterhouse in Holstebro in 2016. This will be their first exhibition in Ireland and the second drawing on the concept of the agora following the Extract Solo Art Prize in Copenhagen last year.

Jens and Morten have retrieved the exhibition title from the gathering places at the heart of ancient Greek cities, designed for public life and democratic assembly. Like the yield from an archaeological dig, a collection of sculptural fragments is presented at Ormston House to provide a discussion framework for commercial, cultural and political activity today. Where and how do we meet in both the physical and virtual worlds to discuss the issues that concern us? Whether these be ownership of public space, post-industrial city-planning, citizens’ influence on urban regeneration, the importance of imagination, the capacity to self-organise, or something else entirely.

Steel grids from industrial storage tanks provide the outline of the installation. Each has been flocked, sprayed with chameleon paint, or coated with a humus combining indigenous and invasive species. The horizontal and vertical lines suggest a system based on order. Irregular cuts and embedded objects disturb that sense of visual order: a falling chair, hand-carved molluscs, and mechanical insects inhabit the scenography of past and future excavations of our AGORA. A rotating conveyor belt awaits a new production line, while visitors inside and outside the space will trip sensors activating movement and sound throughout.

Following the opening party, Ormston House and AGORA will host the festival hub for Open House Limerick on the theme Architecture is Community (19-21 October).

The artists would like to thank Aleksandr Sandovicz for his technical support.