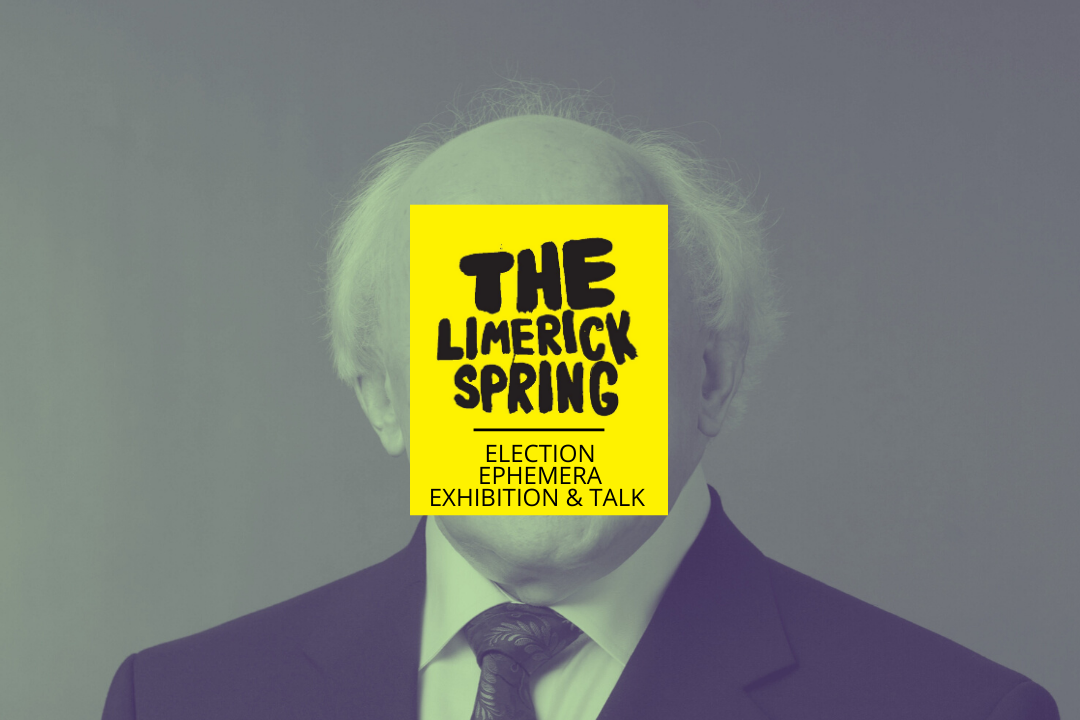 See the story of Irish politics as told through Alan’s compilation of election literature. From posters and leaflets to badges and pens, the collection is almost half a century old and boasts around 50,000 artefacts. This exhibition is not just a history lesson, it encompasses the evolution of Irish society through once-taboo topics such as divorce and same sex marriage. One of the more bizarre leaflets in Alan’s collection is Alan Shatter’s infamous Star Trek get up from 2007.

There will be time to view the exhibition before Alan will speak, illustrating the rationale behind his journey treasuring political nostalgia. Come and see how Irish election campaigns have changed throughout the last few decades.

About the Limerick Spring Festival of Politics and Ideas:

The Limerick Spring began in 2014 and since then has touched on many social, political and cultural issues and themes with a strong core value of citizen activism. The Limerick Spring celebrates the role of the citizen in pushing for transparency, openness and holding truth to power, where ever it lies, and aims to shine a spotlight on projects, ideas and citizens that are leading the way and offering a glimpse of what is possible.

Home is where the heart is:

The Limerick Spring theme for 2020 is Home is where the heart is. For many of us, watching our global home suffer with the effects of climate change is a call to action. More locally, the growing number of people struggling to find a secure and affordable place to call home is also a crisis issue. Activism for some of us might focus on local issues such as housing and pollution in our city, but global challenges of climate change and economic inequality are driving people all over the world to become activists seeking solutions to – literally – save the planet. All of us and all of these issues are connected.

Alan Kinsella’s Election Ephemera Saturday 29 February 2020, 6-8pm The Limerick Spring Festival of Politics and Ideas runs from 27 to 29 February 2020. You can view the full programme here.
Back to Programme