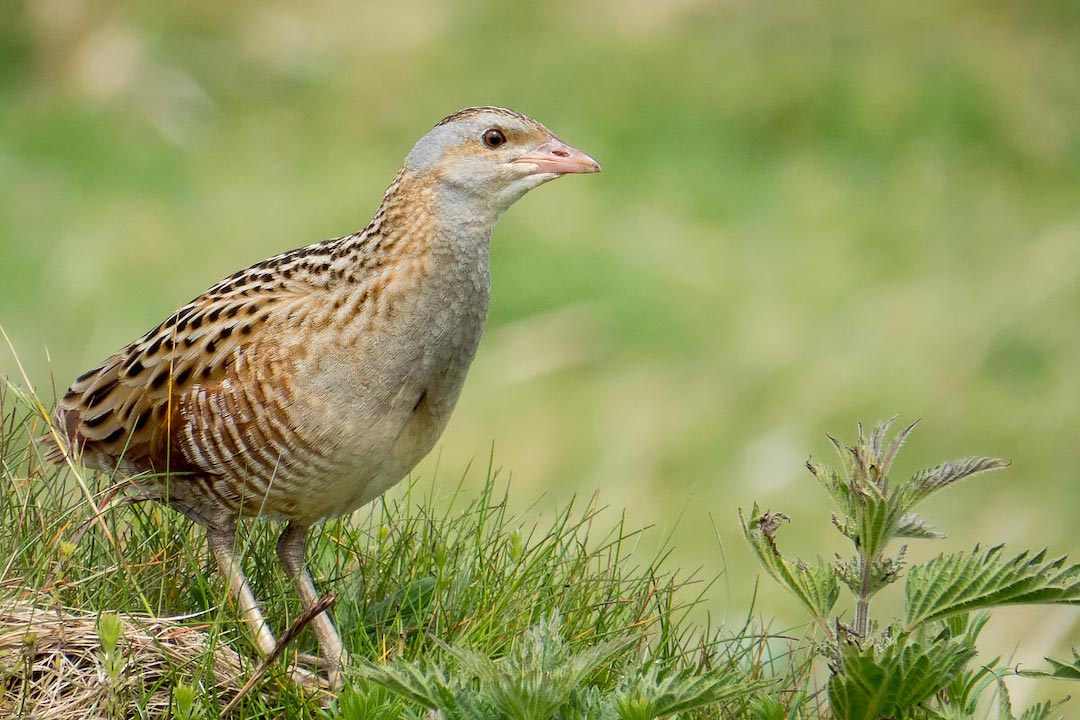 Once the sound of summer and a harbinger of good luck, the population of corncrake has almost disappeared from the island of Ireland. An elusive, migratory bird, often only heard and not seen, the corncrake is identified by its distinctive rasping call from which it derives its onomatopoeic latin name ‘crex crex’.

Crex crex, crex crex, crex… is a research project curated by Caimin Walsh, connecting artists and field experts to learn about the corncrake bird and its place in Ireland’s natural and cultural heritage. Ormston House has partnered with Corncrake LIFE, an EU-funded project working with community activists, farmers and landowners to improve habitat for corncrakes. Corncrake LIFE operates in eight Special Protection Areas, and focuses on community involvement and collaboration. Since 2019, €5.9 million has been dedicated to corncrake conservation as part of the EU LIFE programme.

We are delighted to announce the participating artists in the first year of Crex crex, crex crex, crex… are Ceara Conway, Seoidín O’Sullivan, and Christopher Steenson. From May to October 2022, the artists will meet with stakeholders through a structured programme of online meetings and site visits to locations of interest along the west coast of Ireland. Together, we will examine how the methods used by conservation projects may benefit or be utilised in artistic practice, through a reciprocal exchange of knowledge.

Seoidín O’Sullivan is a contemporary artist and educator. Her art projects are collaborative and focus on people joining together in action to protect or develop an aspect of their local commons. Her practice supports sustainable models within various ecological contexts and addresses issues of land use, lost knowledge, social justice and biodiversity. Creative output includes drawings, video, publications, walks and pedagogical exchange. Seoidín grew up in Kitwe, Zambia, and later lived in Durban, South Africa where she completed a degree in Fine Art (2000). She also holds a Masters in Fine Art from National College of Art and Design, Dublin (2005-2007), and Post Graduate Diplomas in International Development Studies (2004) and Third Level Teaching and Learning (2010). She is currently living in Dublin, Ireland. You can find out more at seoidinosullivan.com

Christopher Steenson is an artist based between the north and south of Ireland. With a background in psychology and the sonic environment, his work uses sound, analogue photography and writing to forge ways of ‘listening to the future’. His work has been presented at VISUAL Centre for Contemporary Art curated by Emma Lucy O’Brien and Benjamin Stafford (2022); Sonorities sound biennale (2022); CCA Derry~Londonderry curated by Locky Morris and Catherine Hemelryk (2021); CCA Glasgow’s Radiophrenia (2020); The Old Jesuit Monastery, Syros, Greece (2019); NCAD Gallery, Dublin (2019); Pallas Projects/Studios, Dublin curated by James Merrigan (2019); and EastSide Arts Festival, Belfast (2017). One of Steenson’s most recent projects, On Chorus, is a large-scale public sound artwork, in collaboration with Iarnród Éireann/Irish Rail, BirdWatch Ireland and Fallow Media. This artwork generated significant media attention and acclaim within Ireland and beyond. You can find out more at christophersteenson.com

Our thanks to Kate Brady and Sian Costello for participating on the open call panel for our Membership Scheme. Photo: Steve Valasek via Bird Guides Crex crex, crex crex, crex... is kindly supported by the Arts Council of Ireland's Arts Grant Funding 2022.
Back to Programme