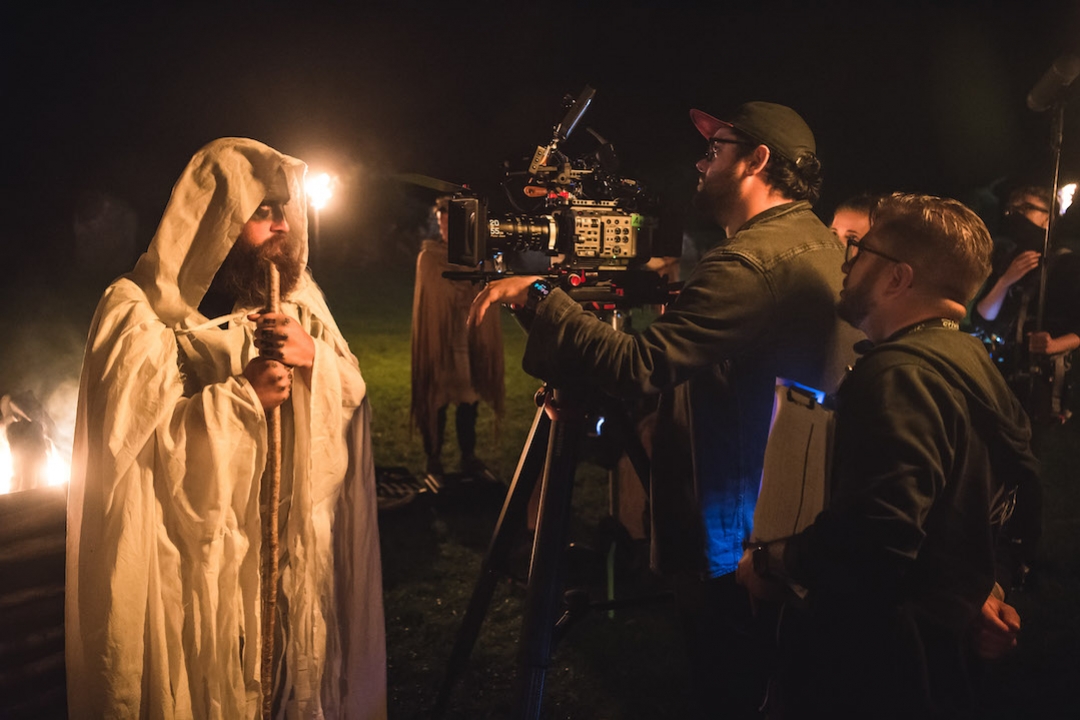 Set in modern day Ireland, Imbas Forosnai is a short film based on the clairvoyant practices of poets of ancient Ireland. The film is written by spoken word artist Shane Davis and directed by Shane Serrano, in consultation with anthropologist Dr. Billy Mag Fhloinn. Ormston House is delighted to participate in a behind-the-scenes look on Culture Night 2020 in our role as the Irish partner on the Creative Europe project, Memory of Water. Join us on Friday 18 September at 9pm on the Crude Media Youtube channel for a first look and interviews with cast and crew.

In Imbas Forosnai (transl. Wisdom That Illuminates), a young poet travels through space and time to come face to face with an entity as old as Éire. The film taps into the primal desire for meaning, connects ancient ritual with contemporary concerns, and combines ambitious visuals with the poetry of Shane Davis, as he speaks from the perspective of the River Shannon.

Next month, Mary Conlon (Artistic Director of Memory of Water) will chair a roundtable discussion in a collaborative event exploring shared themes of memory and heritage with the film’s artistic team and our partners from the River Cities Platform Foundation on Memory of Water. We look forward to connecting the Irish and international artists through this online exchange as we learn new ways to connect communities and cultures in socially-distant times.

Imbas Forosnai is produced by Pete Moles for Crude Media. The film received funding from the Limerick Film Bursary award in 2019 granted by Limerick Culture & Arts Office and Limerick City & County Council. You can find out more about Crude Media and Imbas Forosnai here.

Culture Night, or Oíche Chultúir, is an annual, all-island public event that celebrates culture, creativity and the arts. Special and unique events are programmed at participating locations and, thanks to the continued support of the Arts Council and local authorities across Ireland, all activities are made available to the public free of charge. Memory of Water is an artist-led project exploring waterfront heritage in the context of community development and urban planning. The participation of Ormston House is co-funded by Creative Europe, the Arts Council of Ireland, and Limerick Culture & Arts Office. Image: Behind the scenes at Lough Gur Stone Circle in County Limerick. Photography by Diarmuid Greene.
Back to Programme