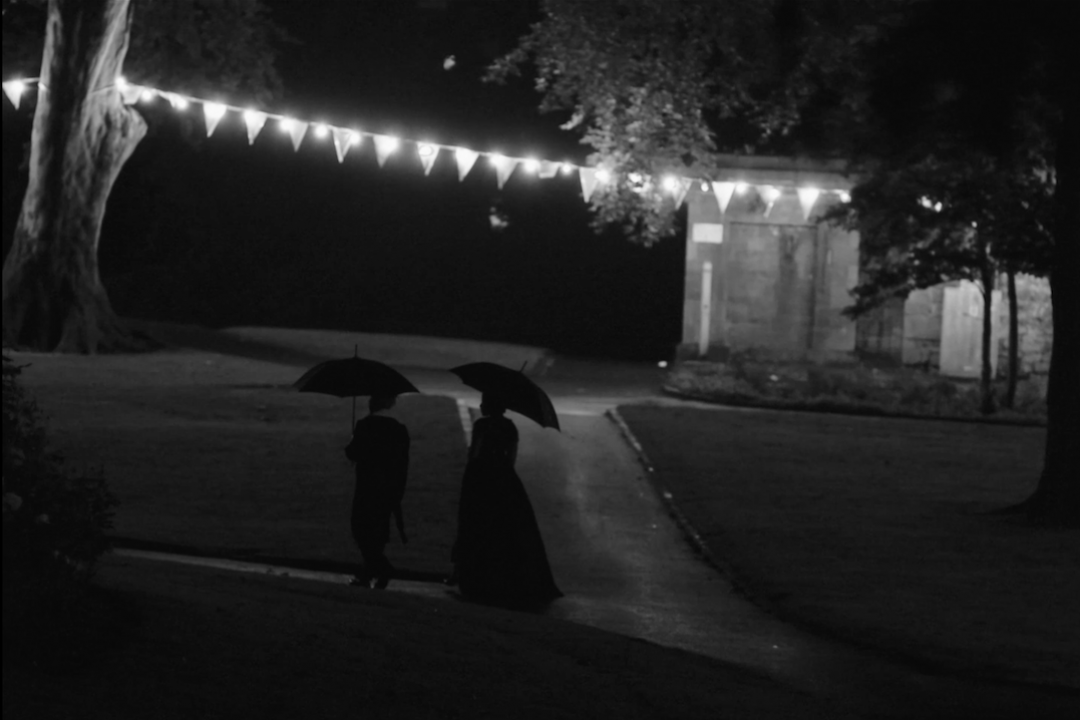 Ormston House presents an evening of film and conversation with Denise Chaila and B+ at the Belltable. During Energy: A Visual Mixtape, the two Limerick artists will talk about their collaborative practice. They will share the experience of making work together and how their respective practices resulted in connecting Irish and African histories. The event is centred on the short film titled Energy, which they wrote and directed in 2021, and which assembles a constellation of ideas and shared research interests. The film eulogizes local spaces including Ardnacrusha Power Station, Mount Trenchard, and People’s Park, montaging archival and contemporary footage to form visual couplets marrying diasporan histories, racial discrimination and political ideologies, magic and music.

Energy: A Visual Mixtape will take place on Wednesday 27 October, 8-9.30pm in the Belltable, 69 O’Connell Street. You can book your free ticket here.

Denise Chaila is a rapper and poet represented by Narolane Records. She was born in Chikankata, Zambia and raised in Ireland, where she calls Limerick her home. Her music blends spoken word and rap to give voice to a transatlantic odyssey exploring identity, belonging, and home. Her music marries art with a passion for justice and social change to build space for often forgotten stories and voices in dynamic and compelling ways. Coming to mainstream attention with her 2020 hit single, Chaila, Denise went on to take home Ireland’s highest music award, the RTÉ Choice Music Prize for Album of the Year, for her debut mixtape, Go Bravely.

B+ (aka Brian Cross) was born and raised in Limerick, Ireland. He attended the National College of Art and Design in Dublin graduating in 1989 with a degree in painting. In 1990 he left for Los Angeles to study photography at the California Institute of the Arts. While at Cal Arts he began work on a project entitled, It’s Not about a Salary: Rap, Race and Resistance in Los Angeles, which was subsequently published by Verso Books in 1993. Cross was the director of photography for the Academy Award–nominated documentary, Exit Through the Gift Shop, and he has directed and produced several feature-length documentaries (Keepintime, Brasilintime and Timeless: The Composer Arranger series) and more than fifty short form music films.  His latest book Ghostnotes: Music of the Unplayed was published by University of Texas Press in late 2017.

Image: still from Energy (2021) written and directed by Denise Chaila and B+, courtesy of the artists.

Energy: A Visual Mixtape is commissioned by Ormston House for The Feminist Supermarket. Following the event, Energy (2021) by Denise Chaila and B+ will be exhibited at Ormston House until 4 December 2021. Our thanks to Louise Donlon, Gillian Fenton, Jay Kavanagh, Sharon Kiely, Sadhbh McCoy, and Eilis Walsh at the Belltable.
Back to Programme
Ormston House
Cultural Resource Centre
9-10 Patrick Street
Limerick City, V94 V089
Ireland
See map
Opening hours
Wednesday-Saturday, 12-6pm
About the building
Subscribe
Follow us