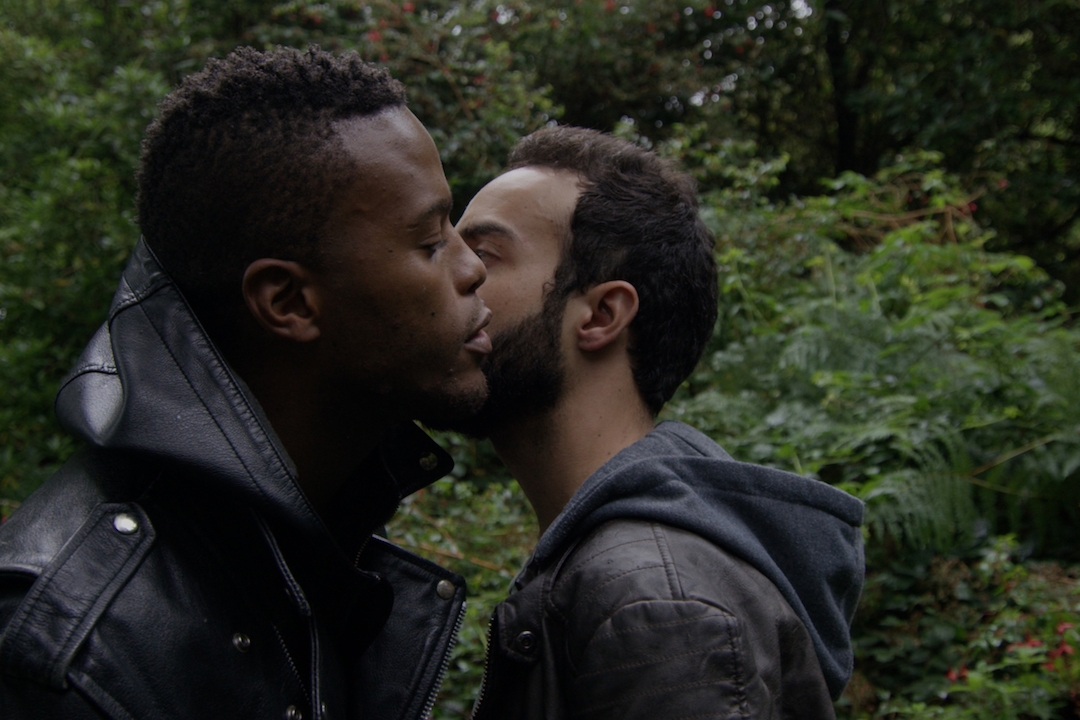 Far from the reach of the sun

Far from the reach of the sun is set in a near future where a government-approved drug can alter your sexuality, allowing you to be satisfied in ways that were not previously in your nature. The corporation marketing the drug targets vulnerable gay people who have checked into a cruising resort which doubles as a correctional facility. Advertisements present the pill as a party drug for wealthy straight customers who have burned out the experience economy: “come take pleasure in marginalized sexual experiences without affecting your personality.”

Coded with references to pseudo-medical practices such as gay conversion therapy (which attempts to turn people straight, causing psychological problems for an already vulnerable minority), the film reflects on the church and medical profession’s history of interfering with the lives of LGBT/queer people. Incorporating archival footage of a gay and lesbian-run church in Manchester in the 1990s, we hear accounts of exorcisms and suicide attempts. The indifference of priests and doctors to these young people’s lives is symptomatic of the church, state and medical community’s treatment of LGBT people historically.

Far from the reach of the sun revolves around the protagonists sharing their innermost thoughts and feelings; tumultuous worlds at odds with the power structures surrounding them. The film reflects on the effects of isolation and homophobia on a queer person’s relationship with themselves and others, and the plethora of stereotypes and contradictory messages that queer people navigate daily.

Kevin Gaffney is an artist filmmaker. His work is in the Irish Museum of Modern Art’s collection and has been shown internationally in exhibitions and film festivals including European Media Art Festival (Germany, 2016); Out There, Thataway at CCA Derry~Londonderry (2015); and the 10th Imagine Science Film Festival (New York, 2017). Solo exhibitions include CAI02 Contemporary Art Institute (Japan, 2014); Millennium Court Arts Centre (Northern Ireland, 2016); and Block 336 curated by Kathleen Soriano (London, 2017).

He graduated from the Royal College of Art, London in 2011 with a MA in Photography & Moving Image, and was awarded the first Sky Academy Arts Scholarship for an Irish artist in 2015. He was an UNESCO-Aschberg laureate artist-in-residence at the National Museum of Modern and Contemporary Art’s Changdong Residency in South Korea (2014) and received the Kooshk Artist Residency Award to create a new film in Iran (2015).

Kathleen Soriano is an independent curator and Chairperson of the Board of the Liverpool Biennial. She joined the National Portrait Gallery in 1989 as Head of Exhibitions and Collections, and was Director of Exhibitions at the Royal Academy from 2009- 2014. She sits on the strategic committee of the Grand Palais in Paris, on the Wellcome Collection exhibition advisory group, is specialist advisor to the National Trust, and is on the editorial board of Apollo magazine.

Ormston House is proud to host the Irish première of Far from the reach of the sun (HD film, 23 mins 12 secs) by Kevin Gaffney as part of the Public Programme in collaboration with the 38th EVA International and Limerick Pride 2018. Ormston House is hosting 10 festivals in 2018 as part of the Festival Hub initiative. Please join us on Wednesday 4 July at 6pm when the artist will be in conversation with Kathleen Soriano, followed by the screening at 7pm. Première: Wednesday 4 July, 6-9pm Screening daily from 12-6pm until Saturday 7 July
Admission is free and all are welcome.
Back to Programme