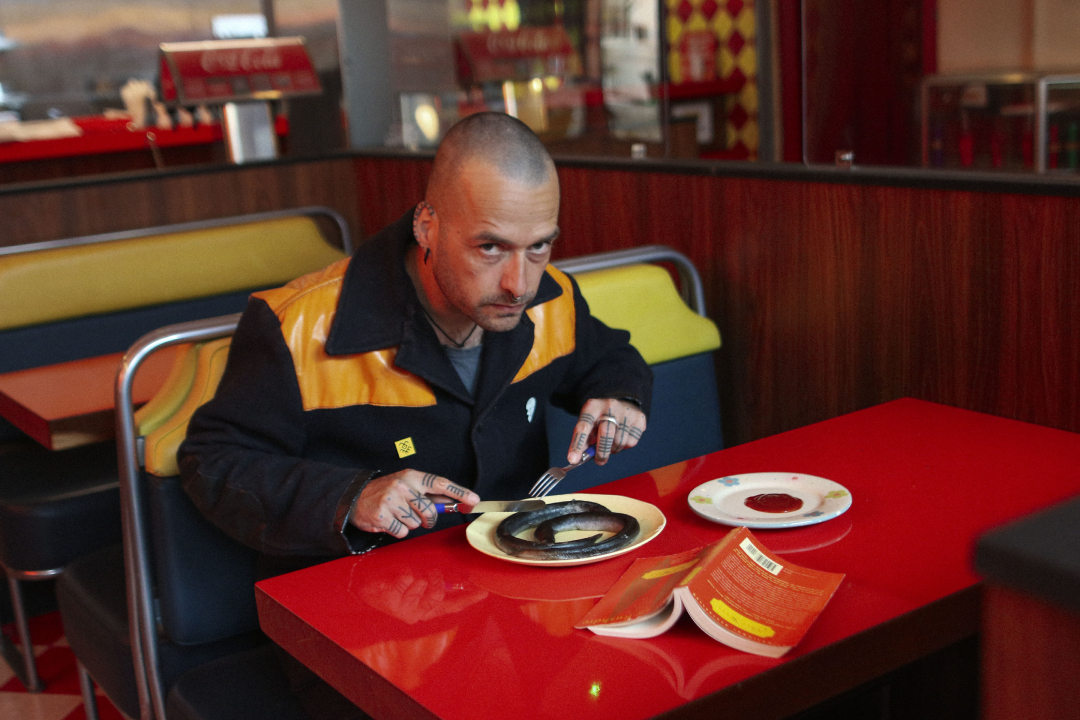 Under the Fire Draw Near moniker, Ian Lynch of Lankum presents a live show exploring the outer boundaries of traditional song, bringing us through time, across continents, and into various states of consciousness; a forgotten and strange wilderness that feels as much Alan Moore as Alan Lomax. Join us for Fire Draw Near at Ormston House on Saturday 19 March at 8pm. Limited tickets are €10, and will go on sale on Wednesday 9 March here. [This event is sold out.]

Ian is a musician, singer, songwriter and founding member of the band Lankum. From his home in north Dublin, he makes the twice-monthly podcast Fire Draw Near, which investigates Irish traditional music in all its myriad forms. You can listen to episodes here.

Fire Draw Near is part of a series of events and interventions at Ormston House for the project Engine of Hell. Throughout March 2022, Ormston House will be a site for rehearsal and performance. Consisting of commissioned and invited works, Engine of Hell will draw on the cultural and societal impact of music. Together, artists and contributors will explore ideas of collective action, censorship, and protest. Engine of Hell takes influence from the 1934 anti-jazz campaign in Ireland. Fr Peter Conefrey, who led the campaign, believed jazz to be an “engine of hell” imported from abroad to do the devil’s work. ‘Jazz’, in this case, referred to any music or dance that was modern, foreign and ‘other’.

Saturday 19 March 2022, 8-10pm. This live show is part of Engine of Hell curated by Caimin Walsh, supported by the Arts Council of Ireland. Image: Ian Lynch, photograph by Myriam Riand.
Back to Programme