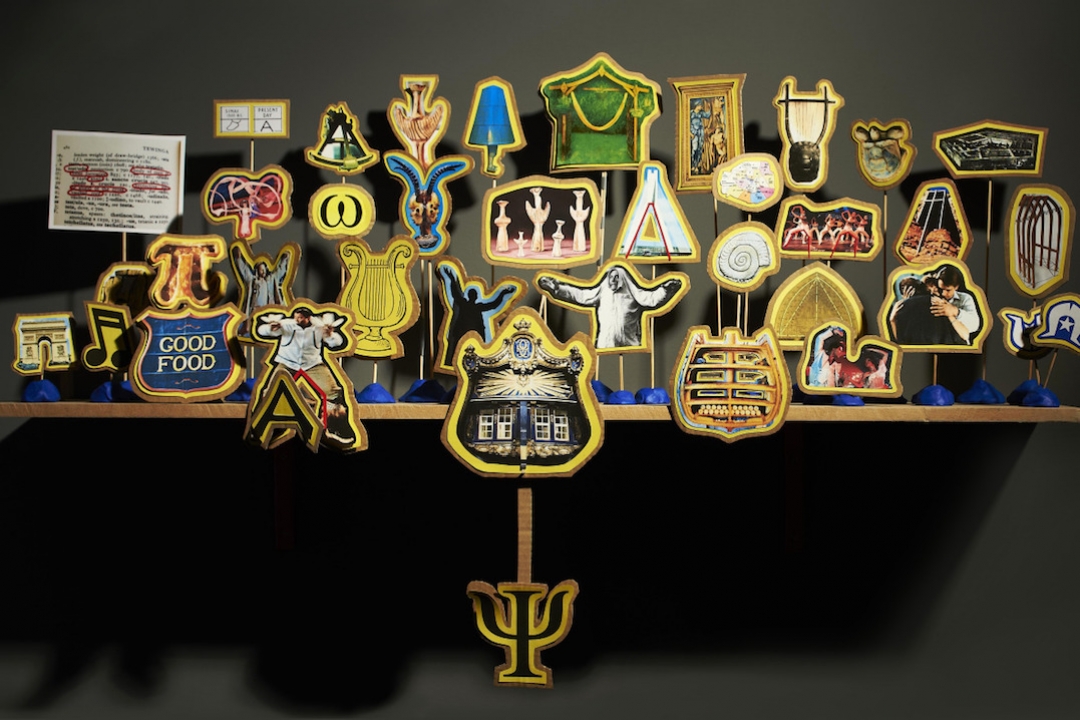 Visions of the near future all promise an ever-greater sprawl, with carefully laid plans for consistent development, growth and accumulation – whether suburban, touristic, financial, consumerist – sure to engulf the remaining open stretches of space and thought in overwhelming indiscrimination.

Yet out of this prospective, jumbled panorama of equally exciting new places, things and information, an occasional figment arises, endowed with all the manic clarity of age-old intimate significance. Looped and superimposed against an undifferentiated ground, it commands attention away from the banal register of lateral translations and franchise opportunities, incessantly compelling a return to its idiosyncratic pattern of recognition.

Horizon Sprawl brings together works by 25 member artists of Ormston House, selected at the outcome of an open call. While the works in the exhibition don’t follow a particular thematic line, taken as a whole they suggest claustrophobic sprawls and accretions that incur blurred visions and blind spots, but also give rise to obsessive images, gestures and figures that coalesce owing to their faithful personal mode of account.

Stéphanie Bertrand is a Canadian independent curator and writer based in Thessaloniki, Greece. She has received a MFA in Curating from Goldsmiths College, London and is currently completing a PhD in Museology at Aristotle University, Thessaloniki.

She has curated a number of exhibitions and projects, including “Symbiosis?”, the main visual arts programme for the XVe Biennale de la Méditerranée, Thessaloniki (2011), “Acercate más” at Casa Tres Patios, Medellin, Colombia (2011), “Democracy in the making” at The Greek State Museum, Thessaloniki (2009), “Letters from a front” as part of the contemporary art festival Action Field Kodra 08, Thessaloniki (2008), “Fire red gas blue ghost green signs” at The Sassoon Gallery, London (2008) and “Radio gA-gA” at Art Athina 08, the Athens Art Fair, Athens (2008).

She is the co-founder and co-director of the contemporary art collective initiative Société Anonyme (www.societeanonyme.gr) and has contributed texts to accompany several international exhibitions, including “One Another” at YYZ Artist Outlet, Toronto (2011), “Flexible Aura” at Brain Factory, Seoul (2009), “Calypso” at Sala Rekalde, Bilbao (2008) and “I desired what you were, I need what you are” at Maze Gallery, Turin (2008).