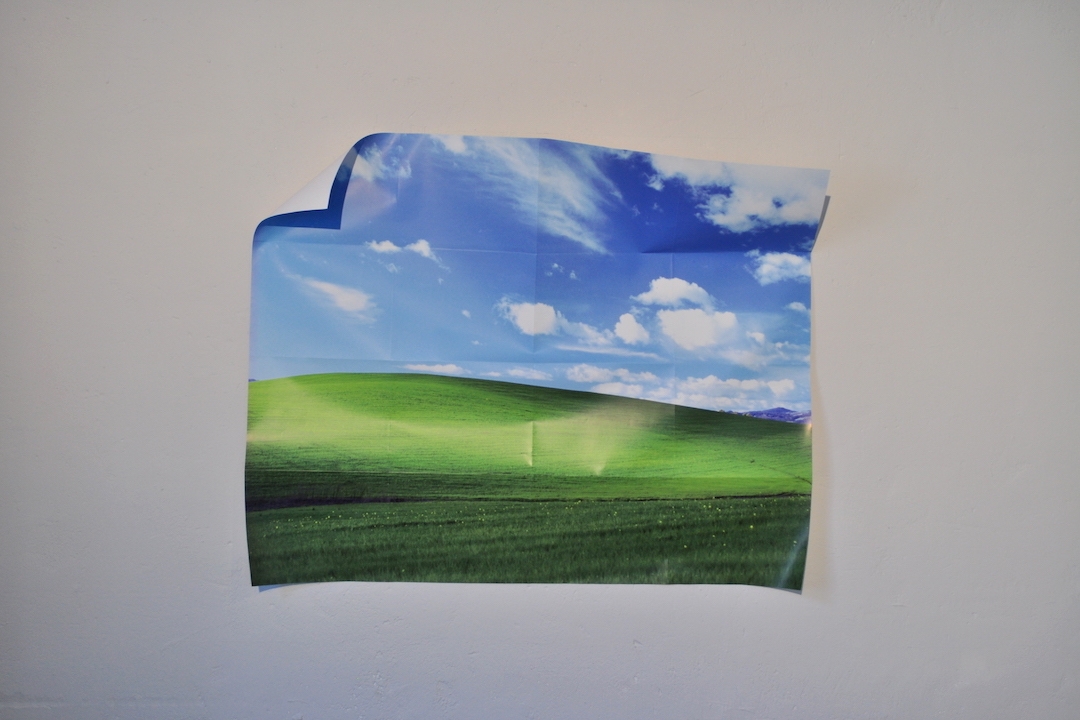 Optimism addresses the rapidly growing proliferation of new digital technologies and media of the early 21st century. These technologies hold an increasingly prevalent position as mediators for our experience of our everyday lives. This holds certain benefits: the free-flow of non-hierarchised information for example, and a democratisation and interconnectivity imagined by the utopians of previous eras.

However a counter-argument could be made that precisely the opposite has occurred; namely that the constant bombardment of information and visual stimuli has had the effect of reinforcing existing power structures, contributing to the pervading sense of ennui and lethargy that characterises the postmodernist epoch.

In reality, both views have a certain validity. Utilising Jacques Derrida’s conception of the pharmakon, something that is both a poison and a remedy all at once, the work seeks to counter the idea and practice of creating identity and agency through consumer choices, and that the only useful way to enact positive change in our lives, in both a personal and societal context, is through positive action and democratic engagement.

Ó Cuirrín’s work questions ideas of success and failure, both at a macro and micro level, by interrogating decision making processes, the effect of power and powerlessness that run through society and resonate in the slightest physical sensation of every individual and object. He explores the optimism and anxiety inherent to this decision-making process as filtered through the prism of a disorientating array of new digital sign activity and web-based cultural detritus. The work seeks to re-mystify this whirl of technological change through ritual, transfiguration, détournement, and by interrupting the smooth transmission of information to interrogate the structures and systems of power.

Using a variety of media, his practice utilises the conceptual language of the computer network; problems of organisation, boundary concepts, complexes of components in interaction, and often traces the space wherein physical space becomes an absurd extension of the digital. He emphasises the importance of play and humour to provoke but also to induce new modes of thought and creation, and seeks to create a visual and conceptual language that is heavy with connotation but light at first appearance.

Tadhg achieved an honours degree in Fine Art, Painting in the Limerick School of Art and Design in 2009. He has exhibited widely, nationally and internationally, and currently lives and works in Galway city. Upcoming projects include ‘Caochspota’, a group exhibition curated by Nuala Ní Flathúin at the Niland gallery Galway.

Tadhg Ó Cuirrín Optimism is curated by Occupy Space 24 May - 22 June 2013 Image: installation view of Optimism, courtesy of the artist.
Back to Programme