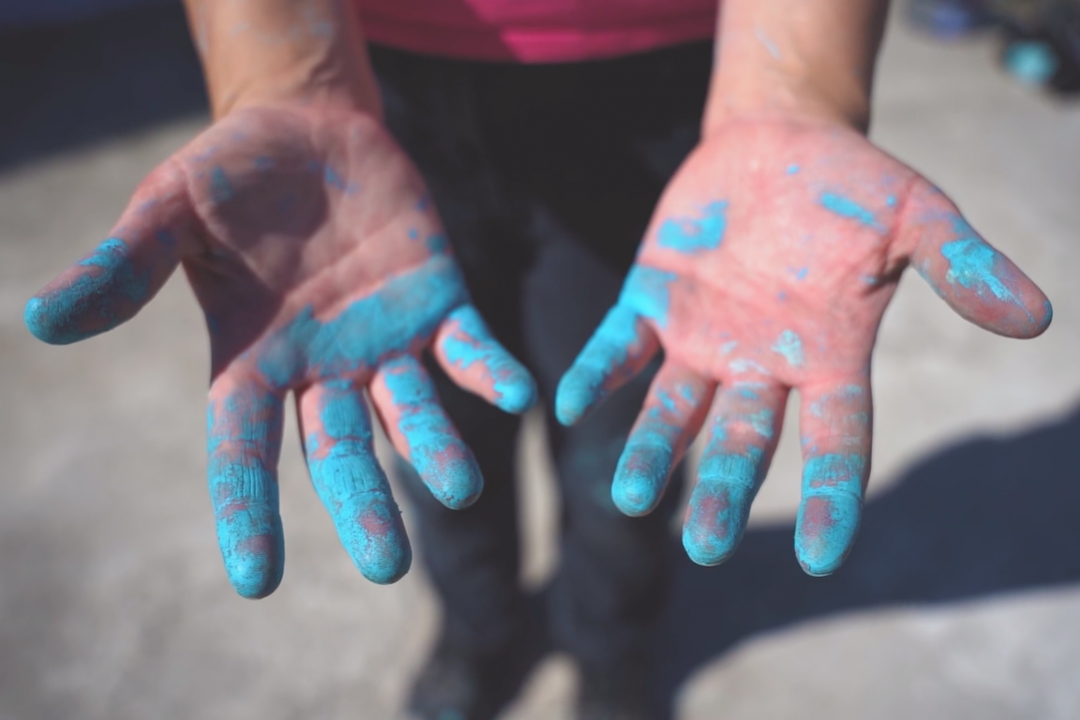 Memory of Water presents Reinventing Post-industrial Heritage through Culture: a series of webinars to share the activities and achievements of the six artists and six partners striving to impact community development, cultural heritage and urban planning for the future of post-industrial waterfronts in Europe. In November and December, the artists and partners from Stockholm, Limerick, Levadia, Ostend, Govan and Gdańsk invite you to join in conversations on each city, as well as our shared experiences. Our contributors include the artists Ira Brami, Iwona Zając, Jonas Myrstrand, Mary Conroy, Siegfried Vynck and t s Beall, who will be joined by academics, writers and cultural policy makers including Franco Bianchini, Lia Ghilardi, and François Matterasso. 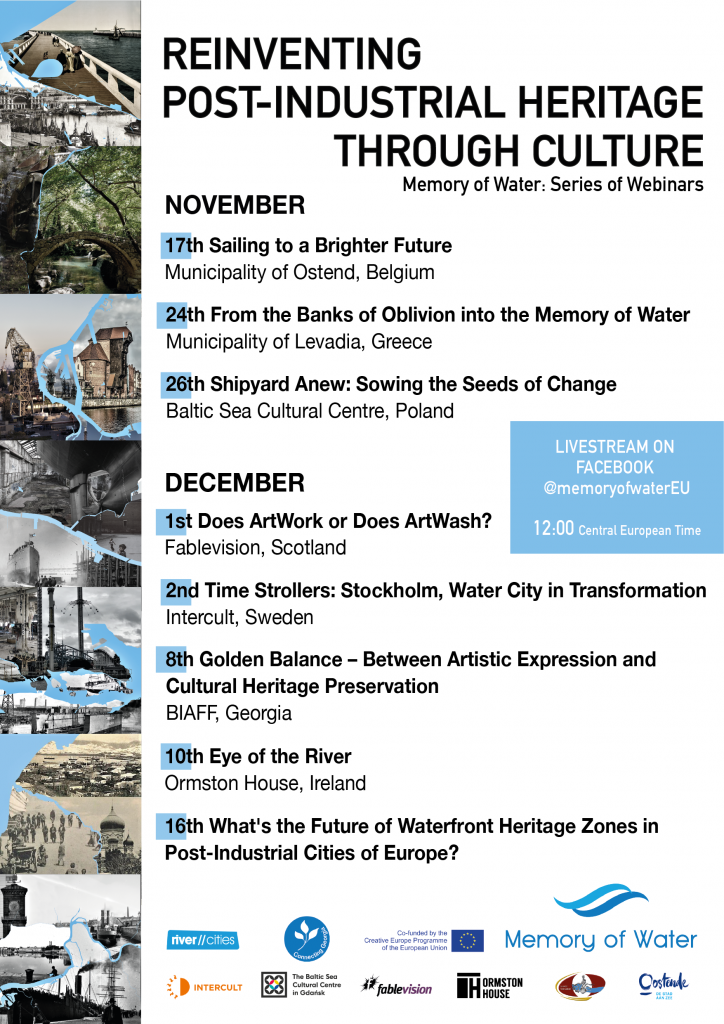 Since 2017, the six European cities of Govan, Gdańsk, Levadia, Limerick, Ostend and Stockholm have collaborated on an artist-led exploration of what’s next for waterfront industrial heritage in the context of community development. Activities have been participatory and co-created with local communities through artists’ residencies and discursive events. Our aim has been to support community activism; to engage planners, architects, politicians and local residents; to share our learning and best practice in knowledge exchange; and to debate new ways forward together.

From an artistic perspective, Memory of Water has committed to uncovering alternative approaches to regeneration and citizen-led planning with questions around bridging the gap between grassroots visioning and implementation; how to avoid gentrification, and whether or not artists are vulnerable to being used for different agendas (e.g. ‘artwashing’: the term for the arts being used as a gentrification tool, eg. landowners/developers using artists to raise land values.) The main focus of these Creative Europe-funded endeavours has been strengthening co-operation between artists (who are often facing competing agendas) and other stakeholders in the context of urban planning.

As the project draws to close, our Common Lab on Wednesday 16 December 2020 between 14.00 and 15.30 CET (13.00 and 14.30 GMT) will be an opportunity to reflect on the impact that the work of this pan-European six-cities exploration has had on the artists and partner organisations involved in the delivery.

Twelve participants will reflect on a series of questions: What did we achieve together as a European project? What impact did the European project have on each of us (individual partners, individual organisations and individual artists)? Has the contribution of artists helped to influence policy, strengthen stakeholder involvement, and amplify community voices? Is there evidence of impact on planning decisions? What were key challenges? Was there a European impact achieved collectively by the partnership?

Memory of Water is an artist-led project exploring post-industrial waterfront heritage in the context of urban planning and community development. Funded by Creative Europe and with local support in six partner cities, the project is developed and delivered by members of the River Cities Platform Foundation. Ormston House is responsible for the Artistic Direction of the project supported by the Creative Europe Irish Desk, the Arts Council of Ireland, and Limerick Culture & Arts Office, Limerick City & County Council. Our partners are Stad Ostend in Belgium, the Municipality of Levadia in Greece, Nadbaltyckie Centrum Kultury in Poland, Fablevision in Scotland, and Intercult in Sweden.

17 November–16 December 2020 The webinars will be live-streamed from our Facebook page @memoryofwatereu For further information about the project, you can visit our website at www.memoryofwatereu.com Image: detail from Thomond Weir (2020) filmed by Crude Media.
Back to Programme