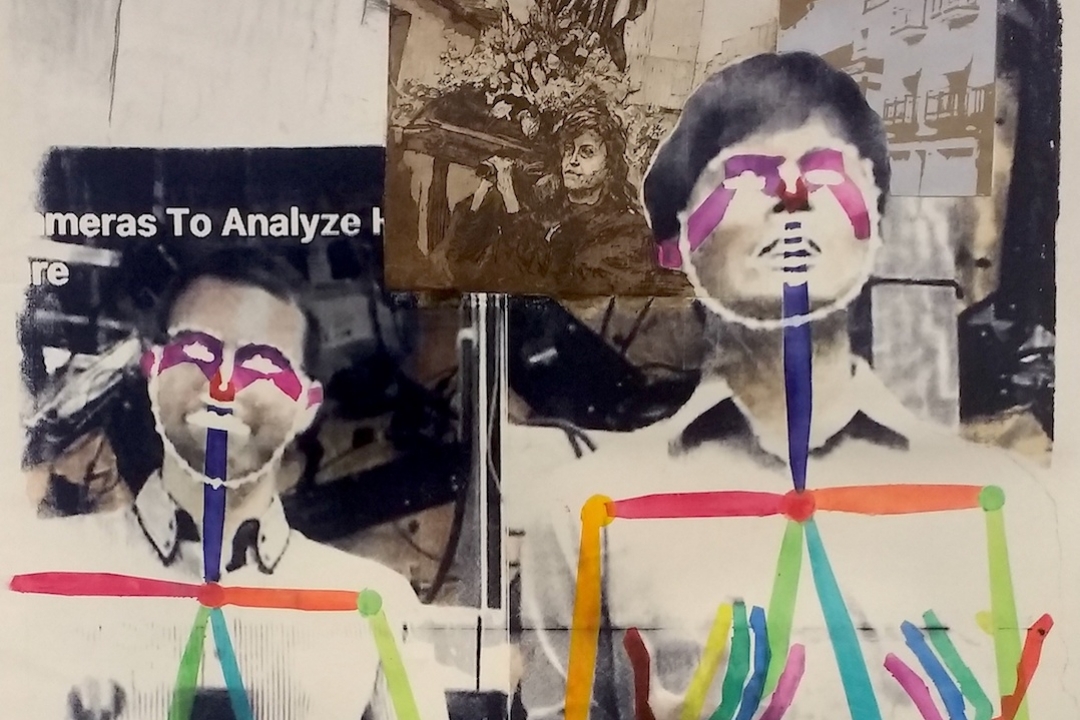 This week, Seán McGuill joins us for the Workspace Social to talk about current work inspired by the narratives created from the combinations of images fed to us and consumed at an almost constant rate via our mobile devices – photos of major global events and tragedies which often appear next to memes, cute animals and social events, creating a visual and mental overload of information.

Seán McGuill was born in Dundalk, Co. Louth. He moved to Limerick to pursue a degree in Printmaking and Contemporary Practice at Limerick School of Art and Design (LSAD) in 2014. He is now in his final year of studies and is working towards his degree show in June. He has exhibited nationally and internationally, including group shows in Louth County Museum and Kunsthaus LA54 in Berlin. He was recently shortlisted for the Hennessy Portrait Prize and his work has been selected for  awards including the John Shinnors Selection at the 2017 LSAD Drawing Awards, as well as the Limerick Lace Drawing Award in 2016 and the LSAD Drawing Awards in 2015.

Seán’s current practice is made in response to mass media, particularly its manifestation on the Internet and its influence on contemporary society. He is fascinated by how we interact with and interpret the images, ideologies and slogans that are prevalent in daily life via the advertising, entertainment, and news industries. His work often uses found imagery taken from Facebook and other social media platforms, which are then subverted by removing them from their original context and placing them into layered, collage style compositions.

New to the Workspace Social?

The Workspace Social is programmed by Ciaran Nash for Spring-Summer 2018.