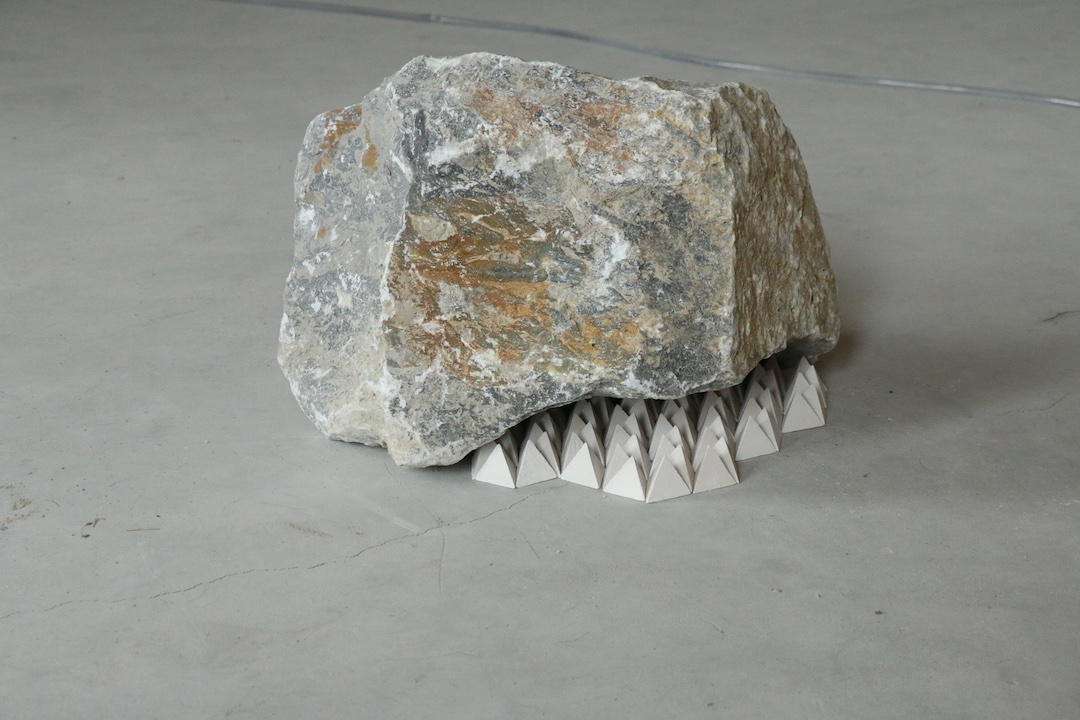 Basic Space has been in residence in Limerick for the month of July following an invitation from Ormston House. Inspired by an old folk story, the artists have scattered lumps of limestone from a local quarry throughout The Sailor’s Home, the base for the residency on O’Curry Street. The stones and the home form a fulcrum around and within which artworks claim a place.

Throughout the month, 23 invited artists have undertaken short working residencies in the Sailor’s Home and contributed to an evolving exhibition. Stone Soup has been punctuated by open days allowing the public to witness how the artists have responded and adapted to the unique location, its imposed conditions, and the ever-increasing number of artworks.

Over the last week, Stone Soup’s incarnations have become increasingly intense with the introduction of 11 new artists. The project’s fragile ethos of provisional community and co-operation has been tested, generating a generous but critical process of negotiations.

The final public event on 26 July will see works reach peak performative, ephemeral or experimental moments, foregrounding audience presence as a central element of the artworks’ production. Paul Maguire will also perform songs written during the residency based on interviews with artists and participants.

Ormston House and Basic Space would like to thank the Shannon Foynes Port Authority for their support in bringing the project to fruition.