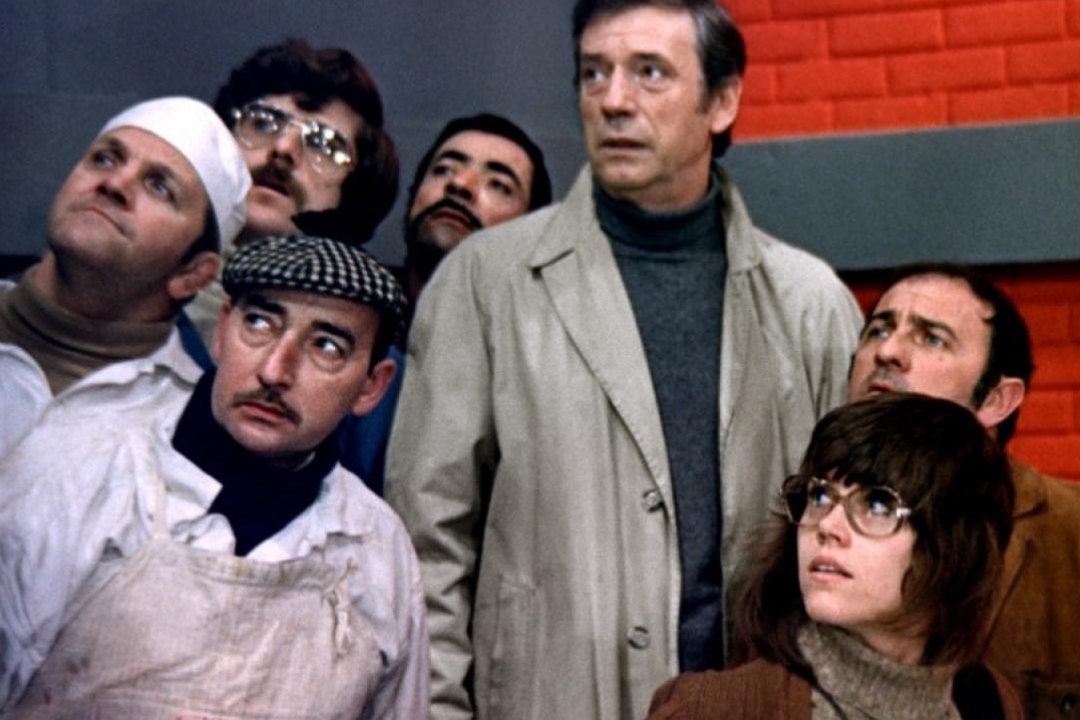 Mariano Paz will introduce a screening of Tout va bien by Jean-Luc Godard & Jean-Pierre Gorin, a provocative and iconoclastic film that is as much a critical exploration of politics and class as it is of the language of cinema and the star system.

The first, fantastically inventive stage of Jean-Luc Godard’s career ended with the flaming apocalypse of Weekend (1967) and the events of May ’68, in which he participated both as a demonstrator and (anonymous) filmmaker. Over the next five years, he would strive to reinvent movies again, both on his own and with erstwhile student activist Jean-Pierre Gorin, as the Dziga Vertov Group. His mantra: “The problem is not to make political films but to make films politically” (J. Hoberman, Tout va bien Revisited, The Criterion Collection).

Starring Yves Montand and Jane Fonda, Tout va bien marks Godard’s return to shooting films in France after 1968, and is his last collaboration with Gorin. Released in 1972, it is an attempt by the filmmakers to distance themselves from the hermetic qualities of their earlier works for the Dziga Vertov Group, making a more accessible and commercial film while, at the same time, engaging with a Marxist critique of contemporary society and reflecting on the legacy of May ’68. In fact, the aim of the film, according to Gorin, was to “consider the class struggle in France four years on from 1968.”

Wednesday 18 April, 7-9.30pm Realising Utopia: Cinema & 1968 is curated by the Ralahine Centre for Utopian Studies at the University of Limerick. The screening is presented in partnership with the Umbrella Project Arts Organisation and Ormston House. Special thanks to Cathal McMahon. Image: still from Tout va bien (1972) by Jean-Luc Godard & Jean-Pierre Gorin.
Back to Programme