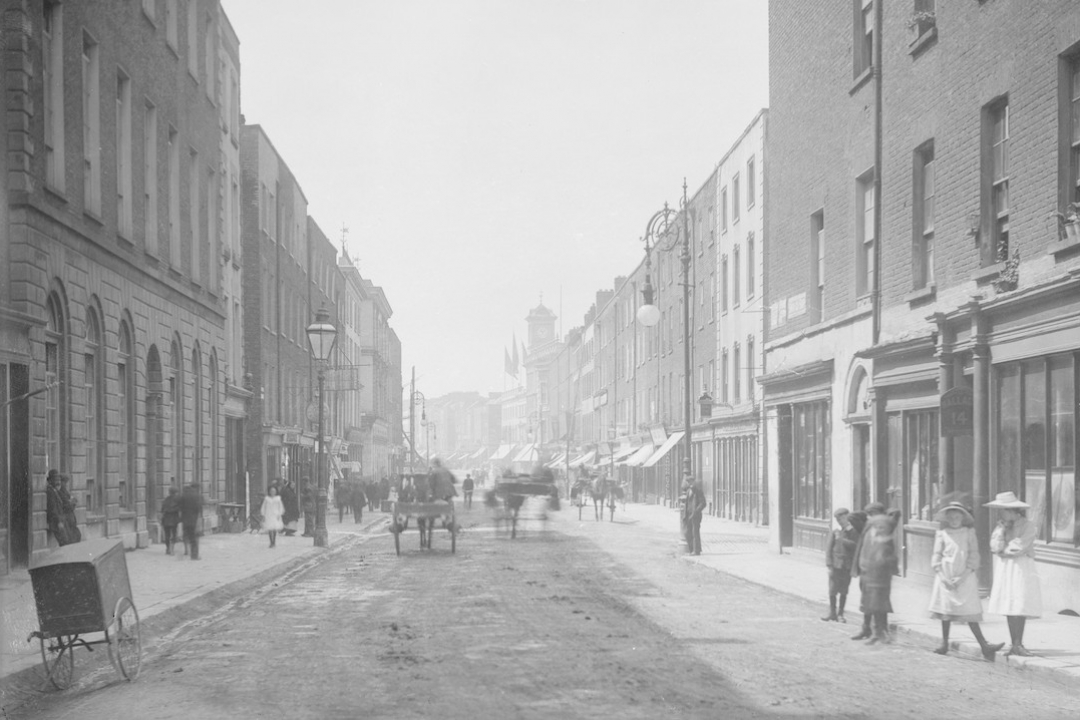 Ormston House is delighted to welcome Sharon Slater as our first Historian-in-Residence. We began as research partners on the Feminist Supermarket and quickly realised the work commitment required to address the absence of women in the written history of Limerick. In this first publication, Sharon has meticulously gathered the names of the women who lived and worked on Patrick Street over a period of 166 years. Included are the names of the women who owned property and businesses, as well as those who worked as servants to merchant families. This became Sharon’s mission: that no woman would remain unnamed, nor her contribution unacknowledged.

To mark International Women’s Day at Ormston House, Sharon gave a public presentation titled “The Author, The Actor and The Aviator” on Kate O’Brien, Constance Smith and Lady Mary Heath, three Limerick women who broke gender barriers and entered male-dominated fields to both acclaim and scandal. During COVID-19 closures, she has been collating a comprehensive history of the Ormston House building from 1872 to the present, including phone interviews with former women employees at Ormston’s Supermarket (1961-1982), which will be published on our website next year. Her next project will be a mobile app with walking routes mapping the history of women in Limerick, which we look forward to sharing with you this Winter. Until then, we invite you to download the essay and to remember the working women of Patrick Street.

Sharon has been researching the history of life in Limerick for over twenty years. She holds an MA in Local History from the University of Limerick. She is the author of multiple publications, covering a variety of social and commercial aspects. She has worked with media organisations locally, nationally and internationally, including the Limerick Leader, RTÉ and PBS. She has received awards including the National Heritage Hero Award from the National Heritage Council of Ireland (2017), a Mayoral Reception from Limerick City and County Council (2018), and two Bronze Awards from the Irish Blog Awards (2017, 2018) for her work on the promotion of history and heritage.

You can read more about Sharon here and her research here.