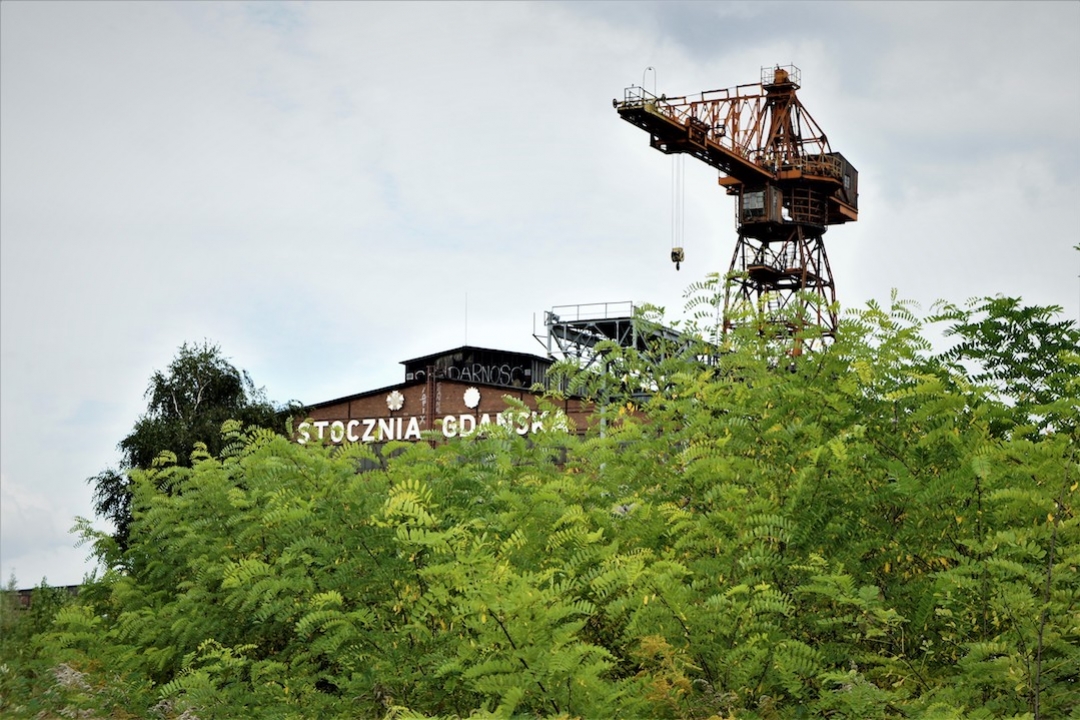 The Baltic Sea Cultural Centre will host our next residency in Gdańsk as part of the Memory of Water project. Research will focus on the historic and iconic post-shipyard areas, the so-called Young City, whose development is currently the subject of heated discussions.

From 3-8 June, the project artists will learn about the context of the Gdańsk Shipyard in Polish history, its importance in shaping the Solidarity socio-political movement, and its role in major democratic shifts in Europe during the 20th Century. The Shipyard will become a space for the artists’ explorations and interventions during a second residency in October.

Our hosts will introduce the artists to the iconic symbols of the Solidarity movement and remaining industrial architecture, at the same time telling the stories and showing examples in the built environment, which are hidden or have, unfortunately, disappeared as a result of the transformation of the post-shipyard area. The history of this place will be shown through the prism of individual human history. Plans for developing the post-shipyard areas arouse great emotions as well as great hopes. This wealth of tangible and intangible heritage means that the Gdańsk Shipyard is not only an extremely important place on the map of the city, but also in the hearts of citizens.

The residency programme allows for joint research through walks and participation in a workshop facilitated by social geographer from the University of Gdańsk, Klaudia Nowicka, titled Gdańsk Shipyard through mental maps. The artists will deepen their knowledge thanks to a visit to the European Solidarity Centre (ECS), familiarising themselves with the collections there, as well as through conversations with ECS experts and listening to oral histories from former Shipyard workers. They will also watch the presentation Shipyard after hours – cultural life of the plant prepared by culture animator, Anna Miler.

The residency also coincides with the 30th anniversary celebrations of the first free elections in Poland and will include visits to commemorative events so the artists can gain unique insights as a source of inspiration.