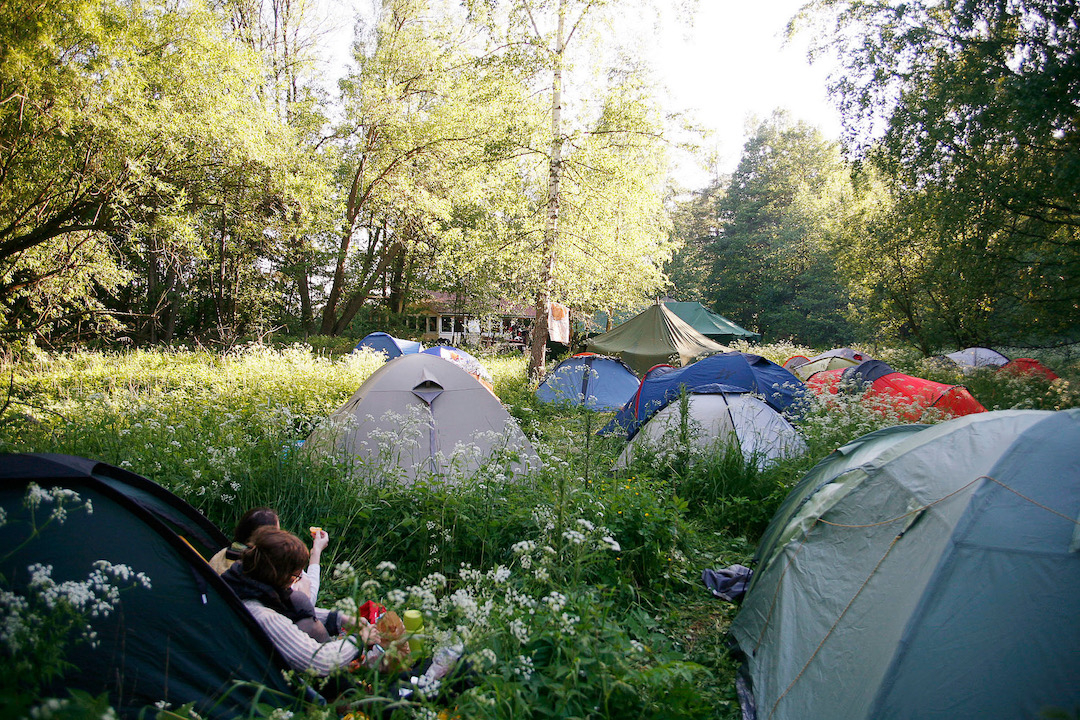 After 10 years, two former colleagues deeply involved with artist-led organising reconnect for Gathering for Rehearsing Hospitalities in Finland. For the preparation of the session, Mary Conlon (Ormston House, Limerick) and Steve Maher (Pixelache, Helsinki) talk about agency and holding space, the redistribution of resources and responsibility, converging ideas and diverging priorities in the context of finding modes of redistribution that stretch beyond hospitality.

Pixelache and Ormston House have different reasons for existing, one began as a festival 20 years ago and one began as an artist-run space 10 years ago. Both organisations have evolved significantly over that history in relation to organisational frameworks, and in relation to the thematics and motivations for their artistic programmes. However, both share a mutual history of inter-collaboration, open membership, and similar challenges as non-commercial, self-organised, and community-centred.

In the first part, Mary Conlon and El Reid-Buckley will host a roundtable with local artists Vishnu Vardhani Rajan and Isa Hukka on trans positionalities within institutions. This roundtable seeks to underscore the structural and material barriers to finding joy and community while steering through issues of tokenism, assimilation, and normativities. This roundtable hopes to signal pathways towards coalition, liberation, and personal interpretations of happiness.

In the second part, William Keohane will read Boxing Day, a 52-poem sequence, one poem for each week of the year. Each offers a fragmentary glimpse into the experience of gender transition. Taken together, the 52 poems present a narrative account of a year of change, apprehension, and grief. This event will question the relationship between reader and audience, the agency of autobiographical writing, and the interpersonal scrutiny when existing in the world as a trans person.

In the third part, Eoin O’Dowd and Steve Maher will share a collaborative dialogical project, The Trouble with Doing a Lot with Very Little, utilising the structure of an Irish Traditional Session (Sesh) as an experimental tool to discuss redistribution through the oral histories of cultural practice and production, exploring the possibilities for alternative models openly within the free flow of anecdote, critique, folk music, storytelling and song.

Mary Conlon (she/her) is a curator based in Ireland. She holds degrees from UCD and IADT, and is currently completing a practice-led PhD in Curatorial Studies at the Technological University of the Shannon, on Consistency, Context and Curatorial Practice. Mary is the founder and Artistic Director of Ormston House, a meeting place for the arts  in the heart of Limerick city. She recently negotiated the purchase and long-term lease of the historic property. She is an elected representative on the local government’s Strategic Policy Committee for community and culture, and on the Executive Committee of the European network of cultural centres, Trans Europe Halles.

El Reid-Buckley (they/them) is a sociologist, writer, and collage artist based in Limerick, Ireland. They are currently completing a PhD in Sociology on bisexualities in post-marriage equality Ireland. Their research, writing and artistic practice is broadly focused on issues of genders and sexualities; with research interests in a wide number of areas such as trans theory, pop culture, media studies, archival and memorial practices, and the politics of space. Overall, their work aims to connect art, academia, and activism, to celebrate the beauty, joy, and diversity of queerness and trans identity.

Vishnu Vardhani Rajan (they/them) is a Body-Philosopher. Performance Artist and a Filmmaker. They are a hyphenated identity, multidisciplinary practitioner, who builds connections between art, science, witchcraft, history, and the cultures that define them. They explore shame through dance, acting, and stand-up comedy. Instrumental to their praxis is their intent to oscillate between cultures, languages, methodologies, and sexual identities, each different from the other. Sleep, rest, conflict, and nutrition are both their research interests and recurring themes. Vishnu’s drag king persona is Vamp Master Brown. Vishnu has been proudly bastardising yoga practices since 2005. Since an orthopaedic enhancement in their knee, Vishnu is a self-proclaimed cyborg witch!

Isa Hukka is a writer, artist and philosophy student. They are based in Helsinki, although parts of them always live in Pohjois-Pohjanmaa, Copenhagen and Montréal/Tiohti:áke. In addition to participating in radical access & care grassroot organizing and making performances in Helsinki, they have worked with translating. Various magazines have also published their award-winning queer crip poetry. This year they are facilitating rampa associations, an international working group of chronically sick artists, that performs at the Baltic Circle International Theatre Festival in November 2022. Hukka wants to continue on exploring crip political theory & action, creating more sustainable and trauma-informed working structures for (crip/sick) artists, and dancing with questions of pleasure/pain.

William Keohane (he/him) is a writer from Limerick. In 2021, he was shortlisted for the Patrick Kavanagh Poetry Award, received a Literature Bursary Award from the Arts Council of Ireland, and was one of ten poets selected for the Poetry Ireland Introductions series. His poems have appeared in Poetry Ireland Review and Queering the Green, an anthology of post-2000 Queer Irish poetry. William holds an MA in Creative Writing from the University of Limerick, where he focused on non-fiction writing and the lyric essay. His essays have been published in British GQ, The Tangerine, Banshee literary journal, and his collection-in-progress was longlisted for Canongate’s 2021 Nan Shepherd Prize for Nature Writing.

Eoin O’Dowd (he/him, they/them) is an artist and curator from Dublin, Ireland, living and working in Helsinki, Finland. Eoin is a multimedia artist, utilising collage of objects and video, both found and authentic. Increasingly his work has been in collaboration with composers and musicians, while utilising homemade instruments, live field recordings and performance across a wide range of media.  Eoin’s work is often made up of recurring visuals of archetypal scenery and allegorical motifs. Thematically, the work concerns frustrations and fragility born of an emotional illiteracy, taught and ubiquitous, in reactionary masculinity. Eoin seeks to promote a subjective and pluralistic interpretation of the masculine. Eoin’s work has been exhibited internationally and is held in private and public collections.

Steve Maher (he/him) is an award-winning conceptual, electronic and relational artist from Limerick, Ireland, based in Helsinki, Finland, and working internationally. At the core of his practice is the exploration of cultural artefacts and rituals. Language is central to Steve’s work, both through the dialogical methodologies he implements in his relational projects, as well as in its direct use as a material in his work concerning languages themselves (both constructed and naturally evolved). An important aspect of his work is also the use of technology and its metaphors. Maher is interested in the dichotomy between how science and technology work versus how they are perceived at a cultural, ideological and social level.

Gathering for Rehearsing Hospitalities is a four-day annual gathering in October in Helsinki, Finland, connecting artists, curators and other practitioners within the field of contemporary art. This year’s programme focuses on practices that deal with the redistribution of power, wealth, and resources within the art field and society at large. Pixelache and Ormston House were invited to participate by Jussi Koitela, Head of Programmes at Frame Finland. For further information on the full programme, accessibility, how to participate, how to give feedback, the Visitor Programme and Rehearsing Hospitalities Companion 4 co-published with Archive Books, please visit Frame – Contemporary Art Finland here.