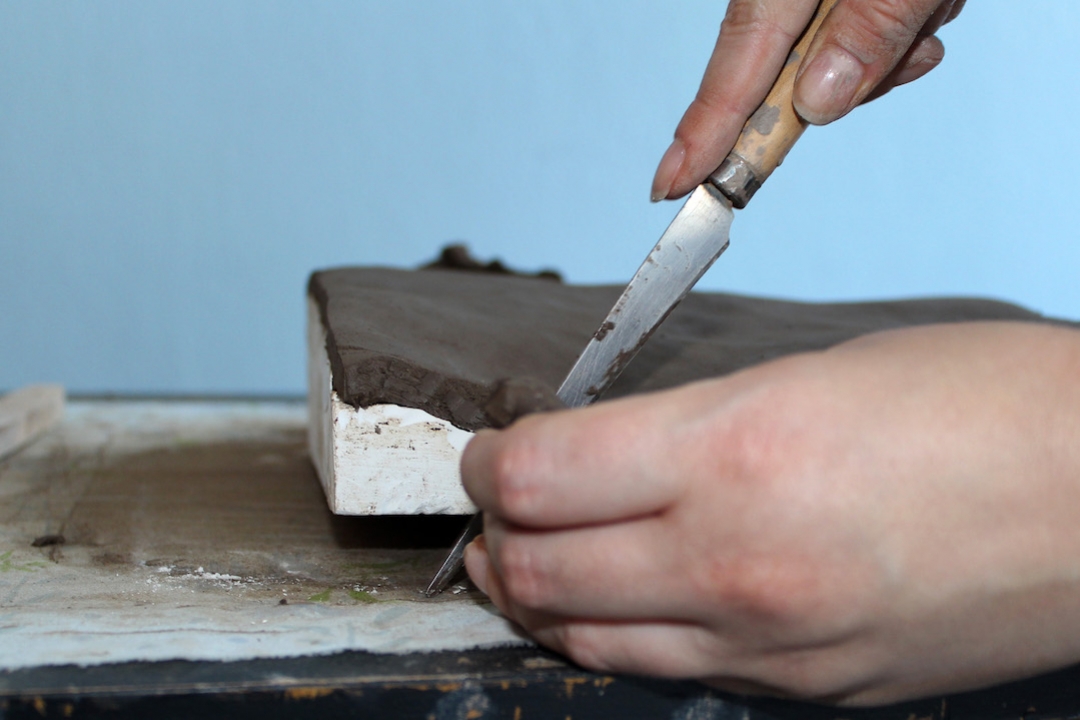 Initial research for Site began by investigating ceramic objects at the Limerick City and County Museum. These archaeological references came in the form of a terracotta brick and a mediaeval ceramic tile.

Taking these objects and the geophysical traces of life and flow of the River Shannon as starting points, Mary Conroy took plaster casts of the riverbed at low tide. These casts then became moulds to make clay tiles. The clay used for this work was dug from the Brickfields area in Coonagh where deposits are estimated to be over 12,000 years old. This is the same material used in the brickworks that aided the construction of Georgian Limerick during the nineteenth century.

As part of the making process, the artist ran a series of hands-on workshops in Ormston House where she invited members of the public to make a tile for the installation. Essentially, the people of Limerick were invited to make an object from a material formed by the river itself and to connect physically with the history of the city. The purpose of the process was for us to connect to each other, the city, the river and the gallery, creating a community that spans place and time.

Mary is a Limerick-based visual artist whose work incorporates traditional ceramic process with installation, object-making, social practice and participation. She holds a BA in Ceramics and a MA in Social Practice and the Creative Environment from LSAD. Her work as an educator and artist has brought her around Ireland, Australia, the UK, Latvia and Ethiopia. She will take up a month-long residency at the Phoenix Gallery in Athens, Greece in September 2018.

The Museum of Mythological Water Beasts will run until 27 September 2018 and is kindly supported by the Arts Council of Ireland Visual Art Project Award.

Site by Mary Conroy is commissioned as part of the Museum of Mythological Water Beasts.

Special thanks to archaeologist John Elliott for his assistance on the clay-mining expeditions and to Matthew Potter of Limerick City and County Museum.