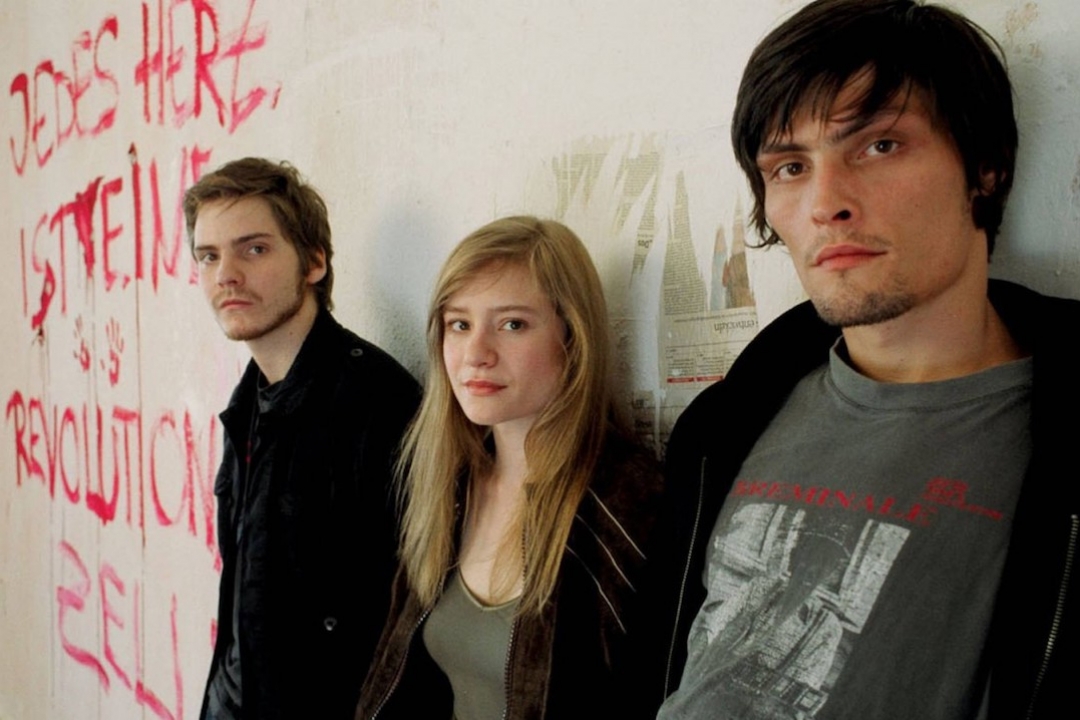 The Edukators is a film following three young Berliners whose frustration at the iniquities of global capitalism leads them, not quite intentionally, to cross the line that separates provocation and protest from serious crime. Director Hans Weingartner’s second feature is, to some extent, a sympathetic exploration of the state of political idealism in the contemporary West, where all avenues of resistance seem blocked or co-opted by the system.

‘The Edukators (Die fetten Jahre sind vorbei, 2004) is a Germanic-English rendering of the name that Jan and Peter give their group, and Mr. Weingartner’s script lives up to the title’s pedagogical implications. The German appetite for dialectics is freely indulged, as Hardenberg and his captors spend much of the movie’s second half debating ethics, history and political strategy. Hardenberg, it turns out, is – or at least claims to be – a former radical himself, a veteran of the German SDS and the student militancy of 1968, and a one-time commune-dweller. He professes admiration for his kidnappers’ ideals, though not their methods, and seems to treat his captivity as a kind of vacation, recalling his longhaired days and accepting an occasional joint.’ (A.O. Scott, The New York Times, 2005)

The Edukators will be introduced by Dr. Joachim Fischer, a Senior Lecturer in German and Course Director of the BA in European Studies at the School of Modern Languages and Applied Linguistics at the University of Limerick. His research interests include: German-Irish contacts; national images & stereotypes; Ernst Toller; regional literature; Irish/German and German/Irish translation; and Utopian Theory & Method. Joachim’s teaching interests include: cultural studies; contrastive grammar; Weimar cinema and New German cinema; history of the German language; and Utopian Theory & Method.

Wednesday 25 April 2018, 7-9.30pm The Ralahine Centre for Utopian Studies Film & Lecture Series 2018 is presented in partnership with the Umbrella Project Arts Organisation, the University of Limerick, the National College of Art and Design, and Ormston House Cultural Resource Centre. Special thanks to Cathal McMahon.
Back to Programme